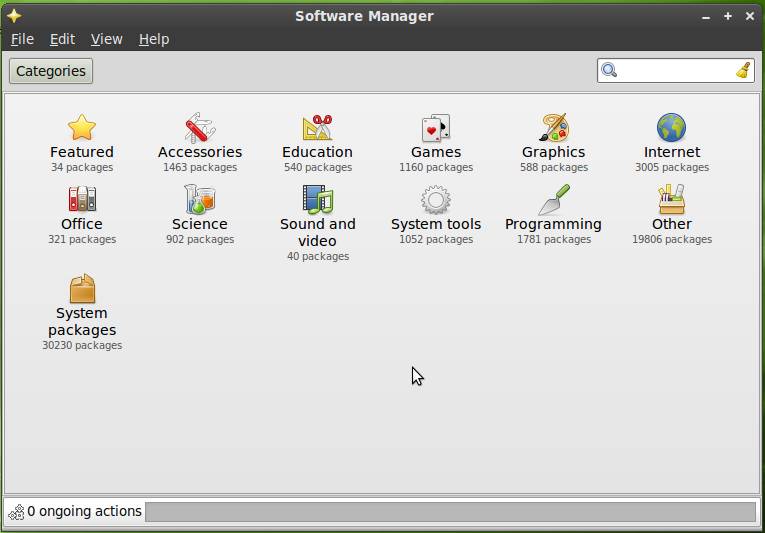 Having touched on this in a previous review of Mint 9 ‘Isadora,’ the Mint Software Manager remains a step ahead of it’s counterpart in the other ‘Buntu distributions.

Combining the previous Mint Software Manager with the GNOME App-Install and the new Ubuntu Software Centre, this must be one of, if not the best software installation tool around for non-technical users…

It’s caught up with the main distros in that it now features all the packages available in the repositories, that’s about 30,000 packages to choose from, compared to around 300 in the previous version, but that’s not why we like it. 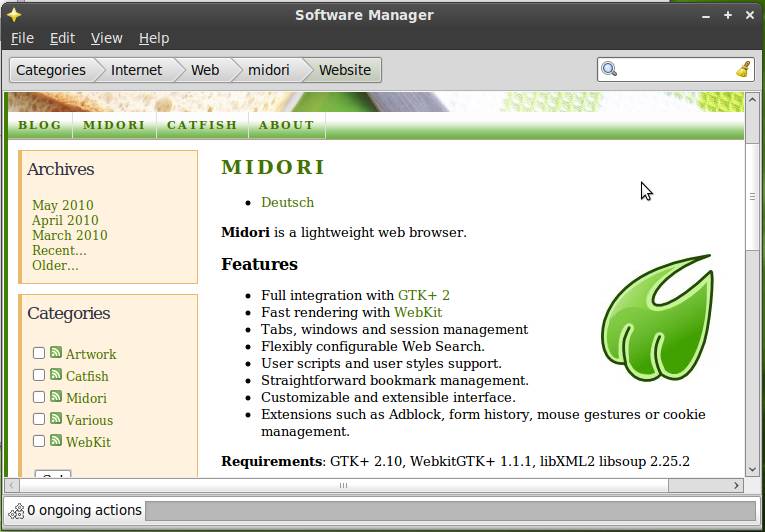 The on-screen glitz takes the form of an updated graphical interface inspired by the Ubuntu Software Center; using the Webkit engine to render screens in HTML/CSS,  you can browse packages by categories using single-click navigation. Selecting a package gives you a page of further info, screenshots and links to project websites, all within the Software Manager Window.

Beyond this, Mint Software Manager’s trademarks are asynchronous installation/removal of applications and User Reviews; 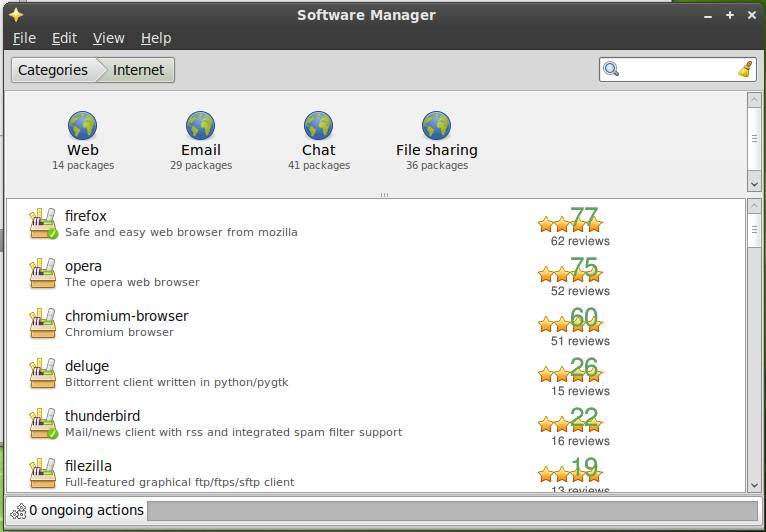 User Reviews: it updates itself with all the software reviews contributed by other Mint users then sorts packages by the aggregated scores, so that you always see the most popular applications at the top of the list. Its a form of community voting that ought to catch on elsewhere.

Any user can review applications, either from the Linux Mint Community Website or directly within the Software Manager. Your review immediately appears on the website and other users can see it in their Software Manager an hour later.

The Price
The software catalog is divided into categories such as development, internet, office and so on. While you can drill down, some of these categories are very large and the resources to browse through them can bring your machine to a standstill, as it tries to load the entire catalog into system memory. It could really benefit from some sort of caching. If you do browse, there doesn’t appear to be a sort option within the category list, either by rating or alphabetic or added-date.

The search box in the top-right corner works very fast as long as you know at least part of the name of the program you’re looking for. Otherwise you can get massive, unsorted list of applications. Good hunting.

Verdict
It’s evolving nicely and since I usually know in advance what programs I’m looking for I don’t fall foul of the performance and filtering  issues outlined. It will be good to see these addressed in future versions. Otherwise I stand by the initial verdict at the top of this review. I seldom use synaptic or the apt-get command-line in Mint.  RC

Robin Catling gained degrees in both arts and technology which led to a diverse portfolio of employment. A freelance systems analyst, project manager and business change manager for the likes of American Express, British Airways and IBM, he moved on to web design, journalism and technical authoring. He has also worked in film and television, both behind and in front of the camera, including productions by Steven Spielberg, Martin Scorcese, Ron Howard and Ridley Scott. A qualified three-weapon coach, he runs West Devon Swords teaching sports fencing to all age groups, and in recent years qualified with the British Federation of Historical Swordplay to teach medieval and renaissance combat in the Historical Western Martial Arts.
View all posts by Robin Catling »
« Review – Midori Web Browser
Full Circle Podcast #7: Two Tin Cans and a Length of String »