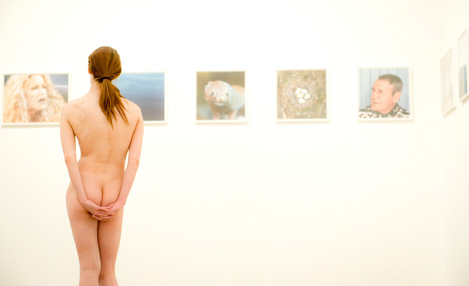 Thirteen photographers from London College of Communication’s (LCC) BA Photography course are exhibiting their work at Tate Modern in a show titled, ‘After We Arrive, Before We Leave…’

In collaboration with Tate Modern’s Adult Programmes team, beginning in 2009, the project aims to create a photographic archive of public events,  as well as offering the students a professional development opportunity. Subject matter is tied to art museums and Tate Modern in particular…

This year’s show ranges from photo-documentary to abstract.

This free exhibition is open to the public until 26 June and can be found in The McAuley Gallery, Core Learning Centre, Level 1, Tate Modern. RC

Robin Catling gained degrees in both arts and technology which led to a diverse portfolio of employment. A freelance systems analyst, project manager and business change manager for the likes of American Express, British Airways and IBM, he moved on to web design, journalism and technical authoring. He has also worked in film and television, both behind and in front of the camera, including productions by Steven Spielberg, Martin Scorcese, Ron Howard and Ridley Scott. A qualified three-weapon coach, he runs West Devon Swords teaching sports fencing to all age groups, and in recent years qualified with the British Federation of Historical Swordplay to teach medieval and renaissance combat in the Historical Western Martial Arts.
View all posts by Robin Catling »
« Movie Catch-up: Voyage of the Dawn Treader
Chromium OS on Dell Mini-10 »