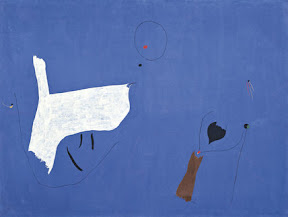 Having citiqued the building in Part I, what about the contents of Tate Modern?

The Tate Modern prides itself on its unusual grouping of art works by theme rather than by artist, movement, or timeline, so you will find Braque and Picasso works scattered through several spaces, not together. It’s a bit odd. If I knew more about art I might get it…

It is a modern collection of mainly late nineteenth, twentieth and current century avant-guarde. You will be challenged by much of what is on display and forced to ask ‘is it art?’ If it is art, is it any good? 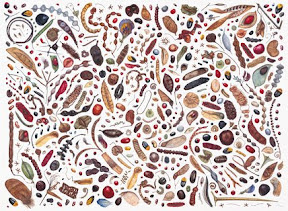 Current Exhibits
States of Flux: early twentieth-century movements Cubism, Futurism and Vorticism. From the breakaway from post-Impressionist art through Cubism, appropriation and collage, the emergence of Pop Art and on to digital technologies, sampling, mixing and montaging associated with alternative music and club cultures.

Energy and Process: transformation and natural forces through sculpture including everyday materials – industrial and organic. Through Mono Ha and Post-Minimalism to art as daily life in photography, film and installation.

Material Gestures: painting and sculpture from the 1940s and 1950s, abstraction and expressionism.

Taryn Simon: a free exhibition until 2 January 2012 by the American artist Taryn Simon. A Living Man Declared Dead and Other Chapters was produced over a four-year period (2008-11), during which Simon travelled around the world researching and recording bloodlines and their related stories. 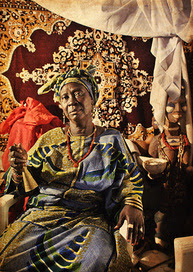 Joan Miró: this is the major paid exhibition until 11 September 2011. A retrospective of on of the greatest abstract and Surrealist painters. One of the great political artists of the twentieth century.

Verdict
Most of these artists function on a plane that us everyday folk seldom reach. They arrive at their works precisely by challenging everything; everything is art, art is everything. Which is why a T-shaped placement of two rusted steel sheets suddenly become significant: as a totem, a henge, a transformation of industrial detritus into a geometric form. You may think it’s brilliant and original, you may think it’s idiotic junk. But do think something.

You can always enjoy the reactions of the other patrons.

Travel:
Mansion House tube station is a couple of stops along from Victoria; exit the station and turn left to cross the Millennium bridge – worth a walk itself.)

Robin Catling gained degrees in both arts and technology which led to a diverse portfolio of employment. A freelance systems analyst, project manager and business change manager for the likes of American Express, British Airways and IBM, he moved on to web design, journalism and technical authoring. He has also worked in film and television, both behind and in front of the camera, including productions by Steven Spielberg, Martin Scorcese, Ron Howard and Ridley Scott. A qualified three-weapon coach, he runs West Devon Swords teaching sports fencing to all age groups, and in recent years qualified with the British Federation of Historical Swordplay to teach medieval and renaissance combat in the Historical Western Martial Arts.
View all posts by Robin Catling »
« Review: Linux Mint 11
Witness: BBC World Service – Napster »