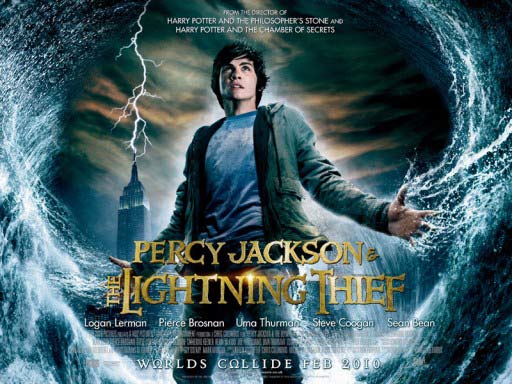 Parents, if you’re looking for a crash course in Greek gods for youths, this is the film to choose. For children, Percy Jackson makes classics cool. It may not have created a surge of wannabe Latin and Greek speakers, but at least you know that, by the end of the film, your kids will finish more educated than when they started.

There’s not much to keep adults occupied, but for youths there’s a bit of everything – sword-fighting, archery, heroism, a dash of light comedy, fantastical beasts and a fast-paced plot. It touches on the main ancient gods, and, thankfully, leaves out the sillier ones (maybe Cardea, goddess of hinges and Robigus, god of mildew, will make the sequel). And for Hollywood studios, there’s the potential for an entire series.

Percy is, of course, a modern version of Perseus, and, coinciding with the Clash of the Titans, the kid’s film is just as ridiculous. To be honest, though, I’d rather watch Percy Jackson twice. VP

3 thoughts on “Movie Catch-up: Percy Jackson and the Lightning Thief”