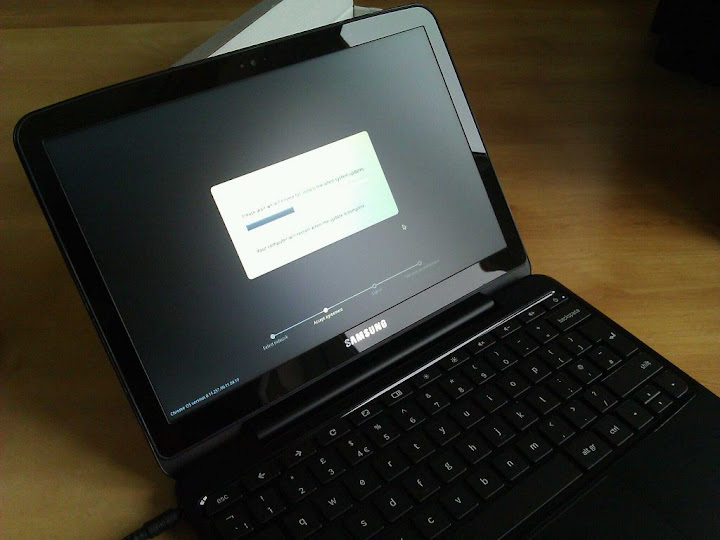 In 2008, Google wanted to speed up the Web and build a browser to support today’s Web and the ‘Web Apps’ we all use each day. With the release of Chrome, we have seen Google build a super-fast browser which supports Web standards. With the help of Mozilla Firefox, we have seen the Web Apps become more feature-rich and faster, along with the decline of Internet Explorer usage, which has helped Microsoft finally realise that they need to build a better browser for today’s Internet.

Now, in 2011, we see Google taking the Chrome product further by releasing an operating system based around the principles of Chrome and the Chrome browser. With Chrome OS, Google wants to redesign the operating system to be fast, very secure, and simple to use, while providing a platform to support today’s Web.

In this article, I will be reviewing both parts of the Chrome OS ecosphere – the operating system and the laptop powering the OS, aka a Chromebook. 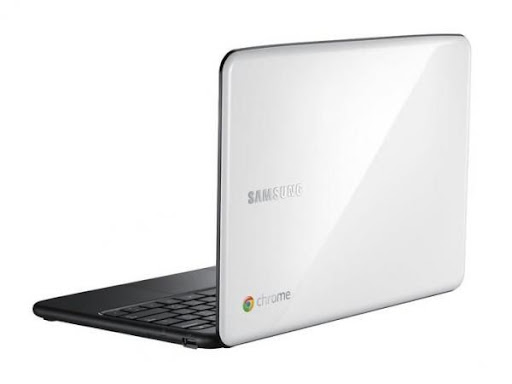 Before I review the Chromebook, I think it’s best to explain what a Chromebook exactly is. At a very basic level, it is a laptop/notebook running Chrome OS. Some would argue that it is a netbook, but the Chromebooks currently on offer use displays larger than netbooks, full-size keyboards, and the hardware has a premium look/feel. Chromebooks do have some specific differences and requirements. There are no Function Keys (F1, F2, etc.); instead these are replaced with Chrome OS specific keys like ‘Refresh’, ‘Back & Forward’, and ‘Full Screen’. There is no Caps Lock key, instead this is replaced with a Search button. The trackpad is very large, to support multi-touch gestures. All Chromebooks require an SSD to achieve their very long battery-life and fast boot.

At Google IO, back in May, the Chrome team finally announcedthe official release of Chrome OS as a commercial product, with a release date of June 15th. Chrome OS launched with two Chromebooks on offer, the Samsung Series 5 and Acer AC700. Both offer a WiFi-only model and WiFi + 3G model. I decided to buy the more expensive, premium, WiFi-only Chromebook from Samsung.

Inside the Samsung Chromebook is an Intel Atom N570, a 1.66GHz Dual Core CPU, 2GB RAM, and a 16GB SSD. While the specs do look rather modest and netbook-like, they don’t need to be that high, since all it’s powering is the Chrome browser – while keeping battery life high. Samsung has a good track record of producing excellent LCD displays, and they have not disappointed us with the screen on the Chromebook. It is a 12.1-inch super-bright LCD screen, with a resolution of 1280×800. Two USB ports, headphone port, multimedia card slot, HD Webcam, Mini VGA, and WiFi N finish the package.

The hardware is very solid and has a premium feel. The screen is fantastic, and the resolution is a perfect mix of productivity and portability. The Island-style keyboard is a joy to type on – each keypress feels responsive. The large multi-touch trackpad is a great addition; I look forward to seeing multi-touch gestures included with Chrome OS.

After spending some time with the Samsung Series 5, I consider it to be very similar to the Apple MacBook Air. Similar size and weight, both trying to be lightweight ultra-portables. Both feature SSDs to improve performance and battery life. Both have similar size displays bundled with an HD webcam. Both feature an island-style keyboard and large multi-touch trackpad. The OS has been optimised and designed for the hardware. Both have an insanely high price tag. Both have sets of supporters who don’t care how much it costs – they must have it to go with their iPhone/Nexus S. I know it’s quite a comparison to make, but once you have seen both the Series 5 and Air, you will see the similarities.

I have not seen the Acer Chromebook yet, though, from what I have heard, the specs are similar, but the hardware is not as high-quality as the Series 5. The battery life is only 6hrs, compared to Samsung’s incredible 11hrs. 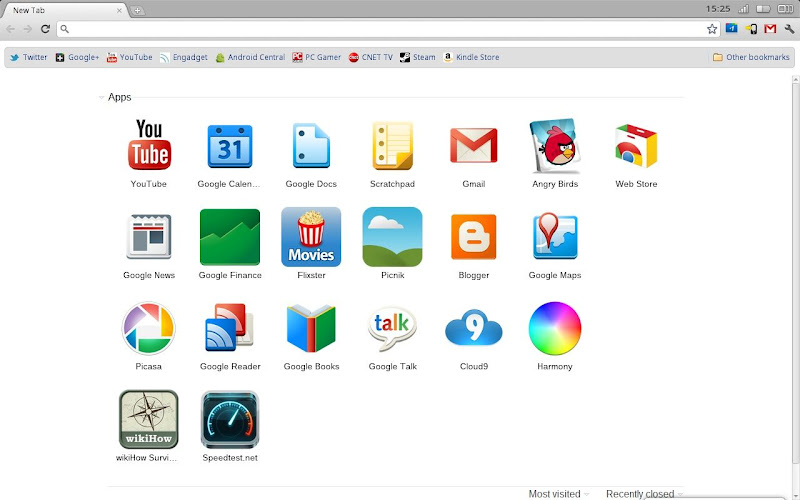 Chrome OS is a browser-only Linux operating system. It boots straight into the same Chrome browser we all love and know. That is it: nothing much more and nothing less – it is Chrome and the Web.

Security is another area which Google has focused on heavily. They believe they have created a security model which is very tough for hackers to breach and malware to attack. Plus, if such a rare attack happens, Chrome OS is able to detect this threat and remove it from its system. It achieves this very impressive security model by using the same technology it uses in the Chrome browser, by using a multi-process architecture. Every Web page, plugin, addon and OS, runs in its own process, and is protected from attack by a Sandbox. Google’s own “Verified Boot” process is run during every boot up, which checks the system for malware, and, if a process is infected, a new version of Chrome OS is downloaded from the Internet.

After the ‘Chrome’ boot screen, Chrome OS is powered by the Linux kernel, which is taken from Ubuntu, and will be upgraded twice a year, after each stable release of Ubuntu. The kernel has been optimised for the hardware Google knows the OS will run on, so that many drivers and boot checks can be removed to improve the performance and boot-time of the OS. Thanks to Google’s efforts, Chrome OS does boot in 8 seconds or less, resumes from sleep instantly, and shuts down in a few seconds. By working closely with its hardware partners, Google has been able to optimise the drivers and kernel for performance and power management.

Once you’re logged in, you are presented with the Chrome browser. There is a brilliant experience when you login to your Chromebook for the first time and already have Chrome Sync enabled. All your Apps, Bookmarks, Settings, and Extensions, will immediately start appearing. For me, this was one of the main advantages to Chrome OS. Switch on your new Chromebook for the first time, and your system is up-to-date, all your settings and files are waiting for you within 1 minute of first boot.

The Chrome browser has a nice silver/grey look to it. I won’t talk about the browser itself, you can all try it on your computer right now. It’s the same experience – though there are some minor differences. In the top right-hand corner of the browser are system-specific indicators, such as the clock, network, and battery. Notification and certain Web apps such as GTalk will all appear as individual windows which float above the browser. All these windows are movable and can be minimised. Chrome OS’s
window management is incredible, a far better experience than what Windows, OSX & Ubuntu currently offer. Chrome OS supports virtual desktops; new windows of Chrome will display on different desktops, and can all be switched to very easily. I initially thought that virtual desktops in Chrome were pointless, but they make sense when you think back to how you manage your desktops in Ubuntu. You can have a set of tabs for social, set of tabs for work, set of tabs for entertainment, and so on.

One of the minor additions to Chrome OS compared to the Chrome browser is a built-in File Manager. This is used to manage your locally stored files on your SD card and internal SSD. Any music,
photos, and videos can be viewed on your Chromebook using the built-in Media Player, yet more proof that Chromebooks can be used offline. On the topic of offline support, currently only a few Web Apps work offline by using the HTML5 offline api. However, Gmail, Google Calender, and Google Docs will have full read/write offline capabilities this summer.

Chrome OS’s settings are very minimal, and can all be found in Chrome’s standard settings tab.
Examples are trackpad sensitivity, setting location/language, managing network connections, and even changing the Search button into a CAPS-Lock button again.

For all you power users out there, Google has allowed you to change the update channel between ‘Stable’, ‘Beta’, and ‘Dev’, allowing you to easily try out all the latest developments in Chrome OS. Google will be providing the same level of updates as it does to the Chrome browser; Chrome OS will be on the same 6-week update cycle. These updates will see the usual bug fixes, but also power/performance improvements and, of course, new features. As Google said back at Google IO, your Chromebook will update automatically and get better over time. I define the Samsung Chromebook as Google’s “Nexus” Chromebook – for one main reason: the developer mode switch. Google has put a switch on the device which allows you to have full access to the kernel to start making improvements to the OS, and an unlocked boot loader so you can install other OSes on your Chromebook.

Overall, I believe Google has created an excellent desktop operating system which has been designed around the Web. You’re on the Web in seconds, using the best and fastest browser currently out there. Chrome OS is very minimal, so you can fully utilise the website or Web app you’re currently using. Chrome OS makes managing your Chromebook so easy. No need to worry about setting your device up, since all your settings and details are backed up to the cloud. No need to worry about viruses, or making sure you update your OS. All you need to worry about is just getting on the Web in seconds – this is what computers should be like. Stop worrying about the setup and maintenance; worry about getting your work done and just enjoy using your computer. I look forward to my Chromebook getting better over time, as I see improvements coming down the line to improve the Chrome browser and the underlying OS. EH