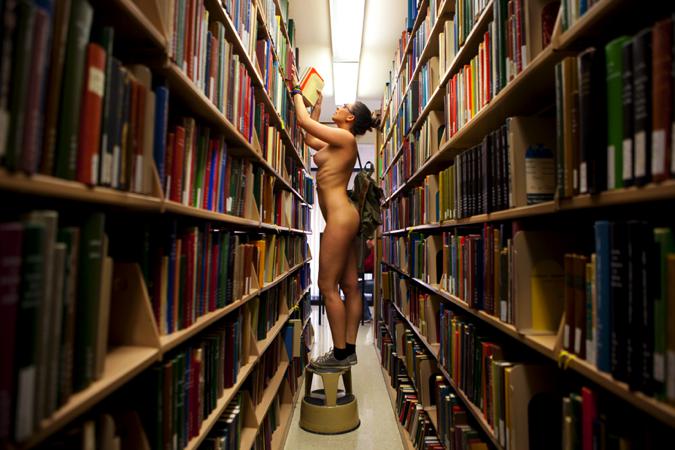 Erica Simone describes herself as “once an Angeleno in Paris, and now a Parisian in New York…” which attitude helps to explain this project which you can either accept as described in Erica’s manifesto at http://www.ericasimone.com/nueyork.php, or treat as a cynical stunt featuring a naked woman in a world-famous metroplis…

“Nue York: Self-Portraits of a Bare Urban Citizen” bloomed from an initial questioning about clothing and its importance in society today. 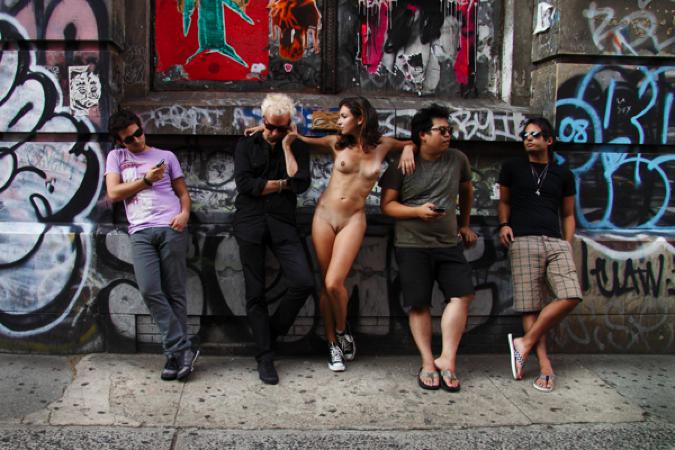 As I watched an image-absorbed union of people care more about the sales at Barney’s than the homeless people they step over on the street, I began to ponder: “What would the world feel like naked? What if we didn’t have clothing to portray who we want to be or feel as individuals? What if we couldn’t show off our social status to deserve the treatment we wanted from others? What if all we had were our bodies?”

I fell for it. While there’s nothing unusual in a young woman taking her clothes off for the camera, the photos are brave – very brave. Locations range from the subway, the ATM, City Hall, shops, to jogging in the park and what looks like an actual arrest by NYPD.

Of course, it helps that Simone is in the shape of her life. The bravery demanded in guerilla street-photography offsets the technical difficulties in getting decent shots. There are some more artfully composed shots in this selection where there’s less pressure. 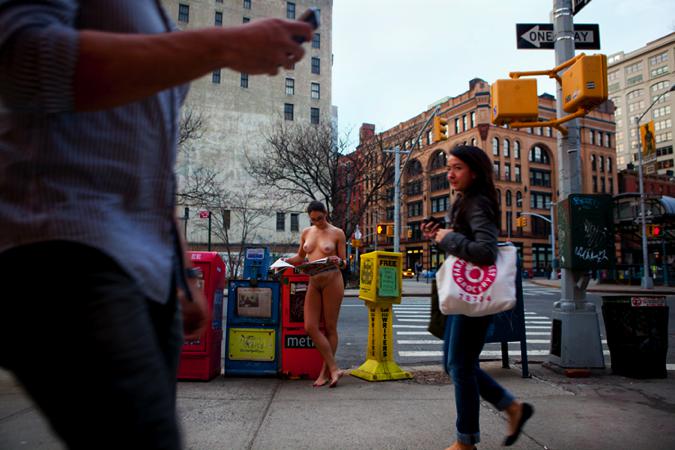 “To clarify, I’m not an exhibitionist or a nudist – I’m an artist looking to humorously poke at some interesting thoughts about society and question who we are and portray as human beings. It’s now up to the viewer to answer those questions, as he/she likes.

From Houston to Hudson and from Bowery to the Bronx, photographing Manhattan has never been such a rush…”