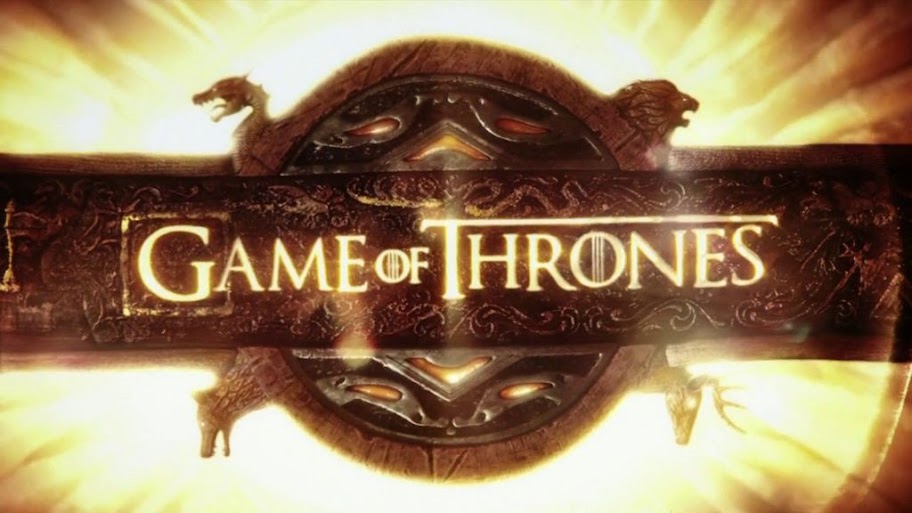 This HBO adaptation of screen-writer turned novelist George R.R. Martin’s series of fantasy novels does what many an HBO series does; up the nudity, swearing and blood in the name of ‘pushing the boundaries’ of adult TV.

Website theurbanshogun calls it “the Sopranos in Middle-Earth,” my better-half called it “Bums, Breasts and Beheadings” – and that was only episode one. I pitched it between Rome, the Tudors and the Borgias gone to Narnia but without any of the cute talking animals.

I haven’t read the books as these days I refuse to open any fantasy saga that has a map at the front. You’re writers; describe it to me. If I need a map to know where I am in your poxy world then you’ve failed… 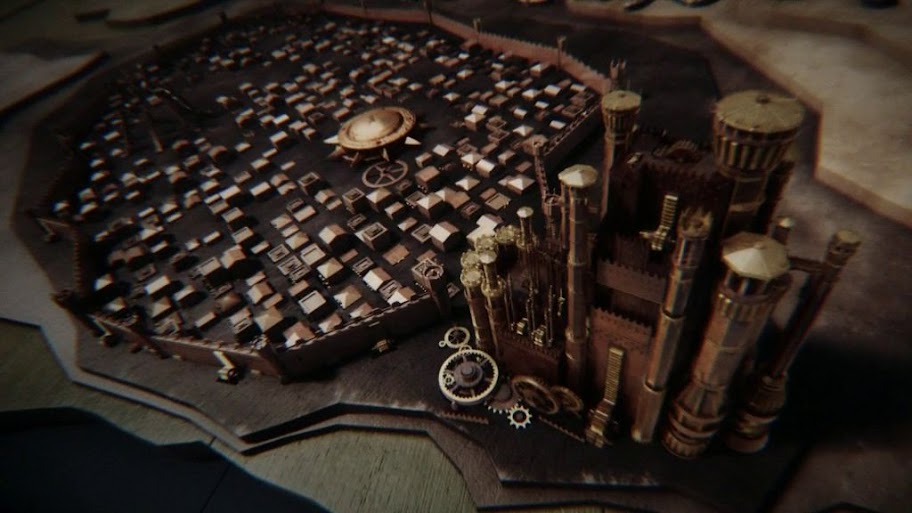 Like Middle-Earth and Narnia, Game of Thrones inhabits a pseudo-medieval, feudal, pagan fantasy world complete with it’s own map. Unlike Tolkien and C.S. Lewis, Game of Thrones also features the F- and C- words, plenty of gratuitous sex – a lesbian prostitute backdrop to Aidan Gillan’s character monologue being one example – quite a bit of gore and a wrapping of post-Iraq Realpolitik to justify the whole sordid business.

Sordid rather sums it up for me. This is a never-ending litany of back-stabbing, dynastic intrigue, sex, murder and conspiracy; no amount of fantasy backdrop, with or without an imminent  prolonged winter in which folk-lore monsters will again walk the earth can dress it up as anything but exploitation trash.

The cast is huge and more than a little confusing. There is clearly a competition to see who can be the most angsty, traumatised, damaged, corrupt, sinned-against, sinning and guilt-ridden character across the whole show. The oldies are mostly nihilistic but somehow still ambitious, the youngsters have their innocence destroyed by ever more brutal means in each episode.

Among the old-timers, together, their competitive acting mostly results in a lot of grey-haired grumpiness and growling. Bean and Addy in particular are playing their stock professional-grumpy-Northern-blokes. It all gets a bit wearing.

The child actors fare better; Sophie Turner, Maisie Williams, Isaac Hempstead Wright, Jack Gleeson; all of whom have less acquired technique and better direction than the adults and, strangely for an adult series, steal most of their scenes.

The real performances of note come from those with the lightest touch; Peter Dinklage playing dwarf Tyrion Lannister and Conleth Hill as the Kings Eunuch (the ultimate ‘special advisor’?).

End of Season Report Card
The troubles I have with this show are many, but principally these; everyone in it is a morally ambiguous, deeply flawed, either short-sighted or stupid. There are no heroes, and any trace of heroism is undercut by vanity, drunkenness, lechery, treachery or self-preservation. With the exception of Sean Bean, whose misplaced honour gets him beheaded, just as he was getting away from his Boromir persona.

The plot, such as it is, concerns the merry-go-round of the rise and fall of kings in this brutal fantasy land, full of tropes borrowed from the various sources named above. Throw in some additional elements from Mongol cultures, Germanic myths, some zombies and, late on, the arrival of some dragons and what you get is a pudding of very little originality, only the punctuation of sex and violence to distract you from what is essentially a dialogue-driven show with a lot of CGI backgrounds.

For the most part, this world is well-realised and feels like a physical place in the same way as Lord of the Rings. However there’s very little levity or hope in this, just an unending landscape of torment, suffering, blood-letting and corpses – including significant characters that we invest time in trying to like. I say ‘we’; I gave up trying to like this lot before the end of episode one because they’re not a particularly likeable bunch.

It’s an issue I have with these kinds of shows; while you’re won over by Dexter and the Sopranos, you can still be entertained by the duplicity of the characters in the Tudors and the Borgias. Game of Thrones, however, with its’ cod-medieval, feudal, feuding families and supporting stock villains left me entirely uninterested. Harry Lloyd whines interminably and Emilia Clarke does portentous like she’s in a Hammer Horror. Lena Headey is getting too practised with the anguished frown into the middle-distance. Perhaps she’s getting as bored with this thing as I am. Deadwood and the Wire this isn’t.

There’s the occasional spark of rewarding character development late on. Of the Starks, young Arya refuses to be a baby-mother to princes; then when Richard Madden’s Robb Stark confronts Nikolaj Coster-Waldau’s Jamie Lannister, he surpasses his father: “If we do it your way, Kingslayer, you’d win. We’re not doing it your way.”

So that leaves me with a pastiche of Euro-medieval power-play, various analyses of politics, gender-politics and social hierarchy, which would be fine were it not written by Americans for mass-market entertainment and punctuated by HBO’s compulsory nudity-breaks whenever the producers think it’s getting a bit dull. Which is often.

It occurs to me that Game of Thrones is an oddly white working-class show with more in common with Sons of Anarchy. There are no black faces, the Dothraki horde are swarthy savages and the most admirable characters are the low-class underdogs conspiring against their masters in the elite.

Game of Thrones is admirable in its’ ambitions but failed by it’s source material. Fuelled by the charisma of its’ stars, they frequently burn too hot and unchecked by directors working at speed against a budget. Characters I’m clearly meant to like, I don’t, which means that simply getting the thing on screen isn’t enough.

What did I like? The opening credits, which, despite recreating that bloody fantasy world map, did it very well; miniature mechanical cities pop up into three dimensions in brass and clock-work. Also, Ramin Djawadi’s sound-track is excellent, much like his previous work on Prison Break – you just wish it belonged to a better show. RC

Robin Catling gained degrees in both arts and technology which led to a diverse portfolio of employment. A freelance systems analyst, project manager and business change manager for the likes of American Express, British Airways and IBM, he moved on to web design, journalism and technical authoring. He has also worked in film and television, both behind and in front of the camera, including productions by Steven Spielberg, Martin Scorcese, Ron Howard and Ridley Scott. A qualified three-weapon coach, he runs West Devon Swords teaching sports fencing to all age groups, and in recent years qualified with the British Federation of Historical Swordplay to teach medieval and renaissance combat in the Historical Western Martial Arts.
View all posts by Robin Catling »
« How-to: Travel in Safety with Technology
Review: Free Firewall Software for Windows »