Further to our previous article on How-to: Upgrade your own Gadgets, James Rintamaki (jRin.net) shows you how to upgrade the memory in the Dell Mini 10v netbook from 1GB to 2GB.

I’ve followed his process with a little modification to perform just this upgrade.

The memory is mounted on the underside of the main-board and there is no access hatch in the case. This means you have to fully dismantle the entire laptop to access the single memory slot.

There is a full set of printable instructions and a 10-minute YouTube video for you to sing along to. 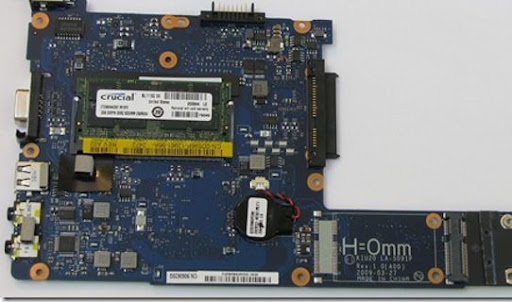 James confesses that doing this on carpet is a bad idea. I also think he’s mistaken in pulling cables out by the cables themselves – I’d use the narrow-nose pliers to grip the plastic connectors.

Otherwise it’s a solid tear-down for this specific model.

you can obtain the memory from a couple of suppliers on Amazon; I went for the most reputable Crucial memory for the Dell, since I don’t want to be taking it apart again. RC

Robin Catling gained degrees in both arts and technology which led to a diverse portfolio of employment. A freelance systems analyst, project manager and business change manager for the likes of American Express, British Airways and IBM, he moved on to web design, journalism and technical authoring. He has also worked in film and television, both behind and in front of the camera, including productions by Steven Spielberg, Martin Scorcese, Ron Howard and Ridley Scott. A qualified three-weapon coach, he runs West Devon Swords teaching sports fencing to all age groups, and in recent years qualified with the British Federation of Historical Swordplay to teach medieval and renaissance combat in the Historical Western Martial Arts.
View all posts by Robin Catling »
« How-to: Back up Using Windows 8 File History
Review: Blekko Search Engine »