Review: Florence and the Machine – Ceremonials 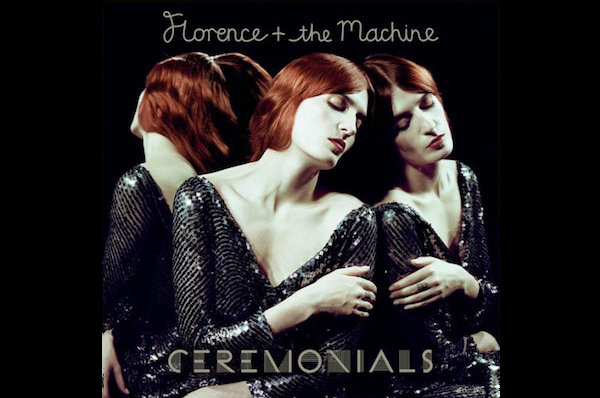 I’d venture to say Florence Welch is making a sound like no one else at the moment, only Marina and the Diamonds and Bat for Lashes even come close. What I can safely say is, press play on Ceremonials and it’s 1978 all over again. Call me nostalgic, but that’s a compliment; 1978 may be the best antidote to the smug, self-obsessed, packaged, clone-pop we’re suffering in 2011.

Track after track carries the Florence signature. Spectrum, No Light No Light and the flagship single Shake It Up all come with big drums, big reverb, big backing vocals. And regular harp breaks. Not guitar; harp. With layers of bright synth backing.

That’s not to say Florence can’t do proper rock in a guitar-based track like Strangeness and Charm, which ebbs and flows like the tide coming in, quiet passages followed by fast lyrics and heavy guitar. What the Water Gave Me is a big anthem; huge chorus, crashing cymbals and a driving bass, with a touch of U2 stadium-rock production.

That’s not to say Ceremonials is a one-trick album. All this and Heaven Too comes as a bit of a relief from most of the album. Although it’s got sleigh-bells and a touch of Chris De Burgh/Greg Lake Christmas production about it, there’s a light vocal with some light and shade. It’s not competing with the backing track and really shows the colour of Welch’s voice, which is what a Florence album has to be about. In Breaking Down the backing track almost disappears, drums way to the back in a wash of dreamy strings and it’s the voice that takes centre stage.

There is the sticking point. Welch’s voice is something of an acquired taste, loud, proud and melodramatic in the extreme, I know it’s not for everyone, but at least she’s not trying to sound like everyone else. I’m playing spot-the-difference between all the Ri-Ri, Nicole and Kelly clones right now. Florence is unmistakeably Florence. Which is also to say, if you don’t like brooding, introspective lyrics, you won’t like Ceremonials any more than the début album Lungs.

It’s a relief to get a British female act that isn’t reliant on Brit-school glued-on smiles, neatly packaged into cleavage- and bum-revealing outfits, hair, make-up and ludicrous shoes (Pixie Lott, Sugarbabes and Saturdays take note). Whilst Florence Welch can do the glamour-girl photos in an unconventionally beautiful way, that’s not how she’s built her following. Beloved by the ‘musos’, the musical intelligentsia, Florence has the musical credibility and that spark of originality to shift a lot of albums without stripping or resorting to artfully constructed eccentricity and posturing (Madonna, GaGa, we’re talking about you).

I could gush about the majestic, soaring, grandeur; the sweeping soundscapes of Bronte intensity or summoned images of pre-Raphaelite paintings – Florence as the Lady of Shalott or the drowned Ophelia? It doesn’t matter. Go listen. Now. RC

5 thoughts on “Review: Florence and the Machine – Ceremonials”