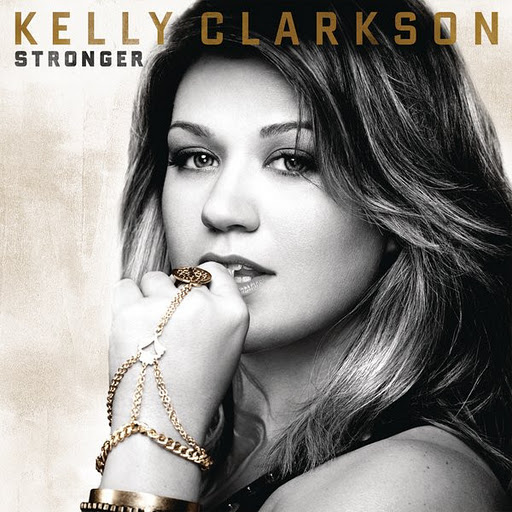 The first American Idol winner, Kelly Clarkson, the pocket dynamo with the big voice, churns out her fifth album in nine years. It may be her most mature, but it’s unlikely to be her high water-mark; maybe the first fork toward Allison Kraus respectability and musical diversity?

As with previous Kelly Clarkson albums, this is inoffensive material with an occasional gem amongst the Middle-of-the-Road, white RnB. I’m reluctant to say it is ‘pleasant  to listen to’ as that’s underwhelming. It’s not meant to be so.

There’s nothing wrong with the Clarkson pipes; her ambitious upper range is a little thin on this one, but when Kelly opens up the big mid-range notes, she’s as good as ever. It’s the tone and the conent that pulls down my enthusiasm.

The standard release features 13 catchy songs smothered in slick American production, spanning pop, rock, R&B and Nashville. Get the Deluxe Edition you get a handful of extra tracks with a little more breadth.

My concern is that Clarkson is turning into a one-note act, lacking Pink or Rihanna’s range of subject matter; Stronger is filled with the wounded lover defiantly fighting back and sometimes scorching the earth. But seriously how much pain and disappointment can we take? I know it’s the Clarkson trademark but it puts each song on the album in competition with the rest. This is one for the fans and for pushing Clarkson out of the youth pop market into something a little more grown up. RC

Tracks
Mr. Know It All is the sassy single full of feisty girl-power declarations; “You like to bring me down, don’t you?/Well, I ain’t going down!” It feels a little generic Beyonce/Kelly Rowland up-tempo RnB. Another single of liberated female defiance, this may be the first exposure most people get to the album.

What Doesn’t Kill You (Stronger) has a guitar riff reminiscent of Since U Been Gone and is the closet this album has to an anthem.

Dark Side is a thoughtful mid-tempo track, where all the warbling and pleading runs counter to the rest of the album; a self-loathing lyric and a tinkly music box make it a bit creepy.

Honestly: “Face me, make me, listen to the truth, even if it breaks me,” It’s kind of wailing.

You Love Me is another gem with airplay potential. Big guitars, big chorus, big pop.

Einstein takes a ‘lighter’ look at betrayal, rejection and the inevitable fightback, but the refrain “Dumb plus dumb equals you” is just a descent to name calling. The ‘fun’ kinda wears off after the first chorus.

Standing in Front of You is a slightly sacharin down tempo ballad with layered production and layered harmonies. There’s nothing wrong with it, just nothing distinctive.

I forgive you has some of the better lyrics but the rest of the song goes through the pop-rock motions.

Hello is Billboard chart fodder complete with handclaps in the bridge and a decent chorus, ideal for radio airplay and MTV. And pretty fogettable.

The War Is Over drowns in drums an lyrically didn’t make a lot of sense.

Let Me Down is another near Pink-style uptempo number with radio legs. I can live with it, you just want Pink’s raw attitude to make it zing!

You Can’t Win. One of the better all round pop-songs. Ideally this needed to go nearer the start of the album to reel in the listeners instead of waiting for the ‘climax.’ Perhaps I’m just too old-fashioned in analysing the track order, as if we all listen to conventional albums any more?

Breaking Your Own Heart, the closing track is a quality ballad firmly driving the highway into a country music sunset. It’s just a melancholy finish to the album in the original track order.

The Deluxe Edition is quite revealing in the choice of material that didn’t make the standard release, but could have. It has the Joss Stone clone Why Dont You Try, featuring a virtuoso vocal that my young lady calls ‘a bit shouty.’ Alone just bangs on a bit. Don’t Be a Girl About It is another Pink-lite bit of rock. Kelly doesn’t have the hard edged bite that Pink has, you can’t help but feel she’s strayed into the wrong territory.

Finally, on Don’t You Wanna Stay, Clarkson duets with Jason Altdean, a genuine country voice from the first note, delivering a New Country ballad with steel guitar in back. No surprises they just took home two American Country Awards.

Robin Catling gained degrees in both arts and technology which led to a diverse portfolio of employment. A freelance systems analyst, project manager and business change manager for the likes of American Express, British Airways and IBM, he moved on to web design, journalism and technical authoring. He has also worked in film and television, both behind and in front of the camera, including productions by Steven Spielberg, Martin Scorcese, Ron Howard and Ridley Scott. A qualified three-weapon coach, he runs West Devon Swords teaching sports fencing to all age groups, and in recent years qualified with the British Federation of Historical Swordplay to teach medieval and renaissance combat in the Historical Western Martial Arts.
View all posts by Robin Catling »
« How-to: Closing Windows (Guest Post)
How-to: Windows 7 Upgrade Checklist »