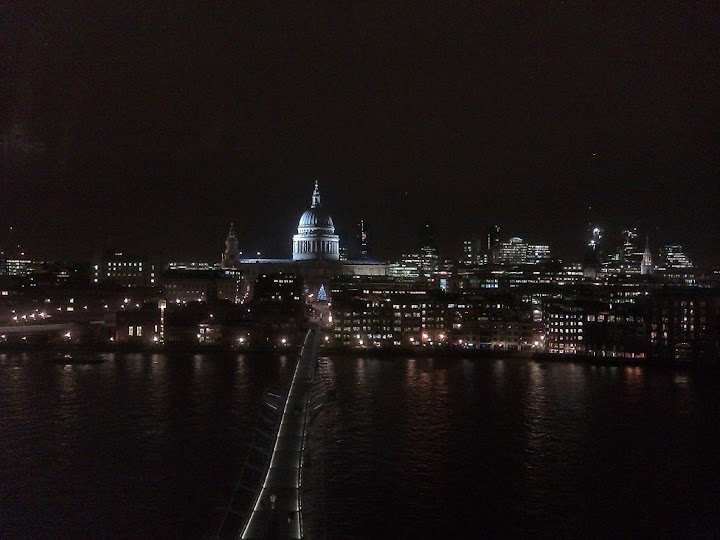 Giving the lie to the expression, “the best camera is the one you have on you,” the bundled camera on the HTC Wildfire is easily the worst camera I’ve ever had and may be the worst on any current generation smartphone.

A recent filming project gave me a peach of an opportunity from the seventh floor of London’s Tate Modern Gallery on Southbank; Wren’s masterpiece St. Pauls cathedral at night, with a lit city skyline, the Millenium Bridge over the Thames in foreground and no extraneous elements in the frame.

A respectable 2560 by 1920 pixel image in jpeg-only,1.2Mb format, these shots on the Wildfire camera (scaled) were taken at ISO speed 372 and focal length of 3.5mm, none of which really matter given the five pre-set white-balance adjustment is as subtle as a Cruise missile and the lens is about as sharp as a jelly bean left on a radiator.

I’m not entirely sure how I can actually digitally edit to rescue the travesty captured by the Wildfire – an excellent Swiss-army knife of a budget smart-phone, horribly let down by a poor camera. 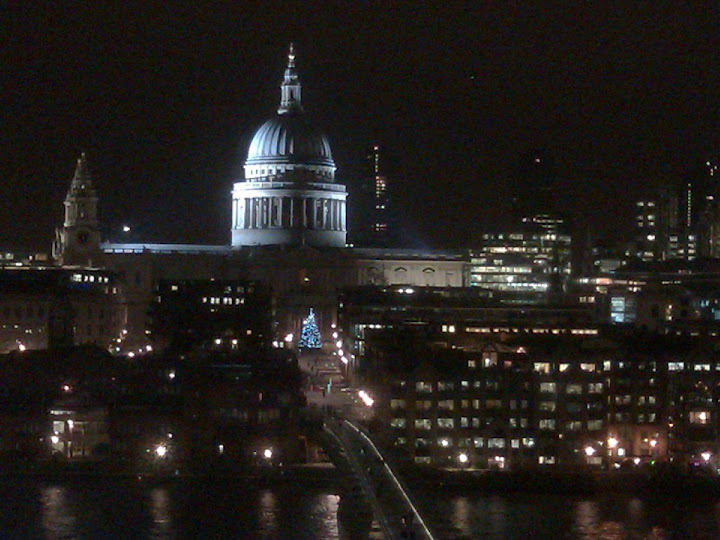 So it’s time to resurrect the Sony w800i, not for the phone but for the Cybershot camera; pin sharp and far more adjustable, I’ve taken some good shots in a variety of conditions.

Meantime, I’ll leave you with the best of the shots I got and let you imagine the shots I could have had with a half-decent camera. RC

One thought on “Photography: Robin Catling on HTC Wildfire”