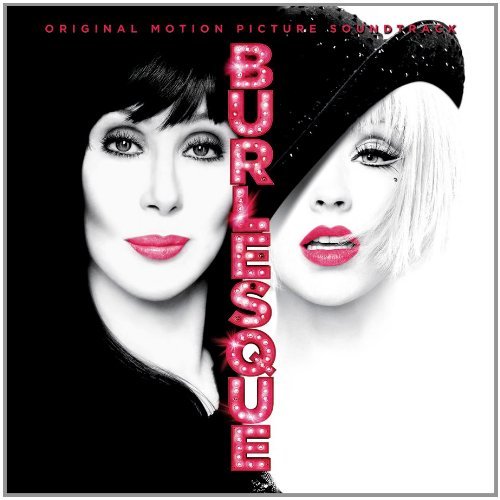 Christina Aguilera; back on form in a powerhouse performance on a punchy soundtrack and an attempt to erase the abuse heaped the Bionicalbum.

The numbers flip unevenly between the sounds of Strippd and the forties-tribute album Back to Basics, a short, themed, showcase EP more than an album. ‘Back to Basics’ channeled a bygone era of big band music, whereas this is an eclectic mix of old-school jazz with a Chicago nightclub feel and modern electronica dance music.

Covers of Etta James’ Something’s Got a Hold On Me and A Guy What Takes His Time, originally by 1930s screen siren Mae West, provide the throwback sounds with a bit too much moaning and groaning. Tough Lover is a traditional jazz number. I Am A Good Girl old school Hollywood fit for Monroe or Hayworth. Bound to You is an excellent Aguilera ballad.

But they don’t sit comfortably alongside bass-heavy electronica such as Express and, to close, a bizarre reinvention of Marilyn Manson’s The Beautiful People. What??!

Co-star Cher takes the remaining two tracks. A Diane Warren signature power ballad (complete with key change), You Haven’t Seen the Last of Me suits the diva to a tee; with a timeless arrangement and that voice, it’s 1978 all over. Another Cher number, which should be the opener, or overture, is oddly second on. Welcome to Burlesque, echoes her best of the 70’s. Both tracks are iconic and effortless and make the rest look like they’re trying too hard.

Biggest disappointment? No duet by Aguilera wih Cher. What a missed opportunity to get two great voices together!

I’ve yet to see the movie to which this soundtrack belongs and, since it got mixed reviews at the time, it may be that the pictures are better with the album! SC

Sue Corsten is a film and TV make-up artist based in the UK.
View all posts by Sue Corsten »
« Opinion: Web 2.5 – It’s Arrived
How-to: Discover MAC Address on Android »