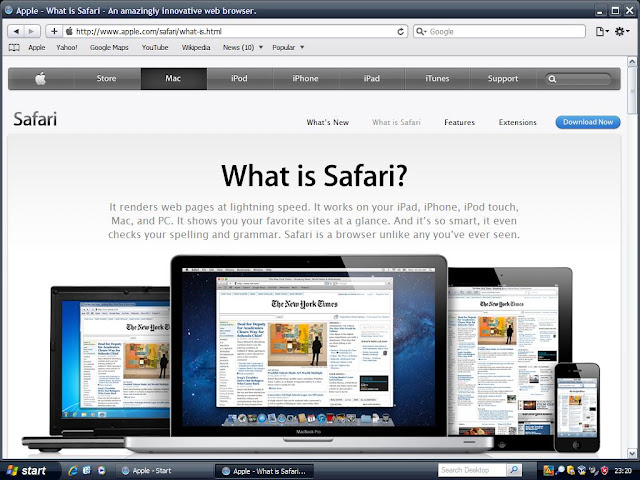 The browser wars are back. Firefox 9 just landed; Chrome’s version number now reads like an International dialling code. Half the planet hasn’t even heard of Internet Explorer 9, it’s still running IE6, meanwhile IE10 is on show with the Windows 8 preview. So where, in the arms race, is Apple?

Not just on Mac’s, is the answer. There’s a rump of Windows users and cross-platform Mac die-hards who love Safari for Windows. 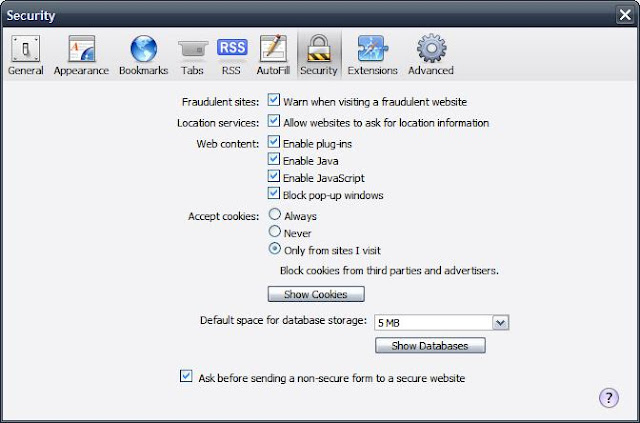 The previous version 5.0 of Safari for Windows brought the browser dramatically back into the frame. Lacked some customization it had instead unique features, such as the impressive, Cover Flow-inspired Top Sites and a simplicity in the controls that Microsoft still can’t match. The main window has lost some of its minimalist chic since the other browsers jumped on the bandwagon, yet it’s somehow still more stylish than the pack. Step through the user preferences and each of the tabs is clean and uncluttered, so you can see exactly where everything it. Okay, it may not be as granular in control as some, but it will suit the vast majority of users.

Safari 5 has the speed to keep up with the bleeding-edge JavaScript engines from Google and Opera whilst  features such as Reader option, broad support for HTML5 and default support for searches on multiple search engines have now been followed with the biggest new feature of them – Extensions.

The new Reader icon allows for easier reading in one page. It’s such an obvious feature to include in a Web browser,  you can expect to see others follow suit. Pioneering features such as tabs on top for easier page management and Cover Flow to flip through your bookmarked sites, iTunes-style make for a visually appealing browser.

It is far from perfect. Not many extensions (plug-ins) are available, whilst some plug-ins and third party programs may not work with latest version. Also there’s no way to change the font in Reader, but that’s not what cripples it. Reader is a more limited version of the code used in the Readability book-marklet;  besides lacking a formatting option such as font size, it also lacks any sharing beyond e-mail – where’s the capability to immediately share an article on Twitter or Facebook?

The browser wars move on an Apple can’t rest on it”s laurels. The minority market share it had on Windows has been eroded by IE, Firefox and Opera. Safari needs another injection of development credibility at the very least if it’s to remain viable beyond the Mac. AJS