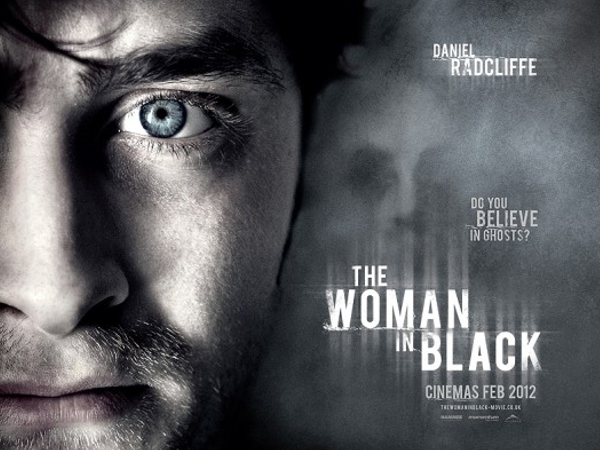 The Woman in Black tries very hard to be scary. And it ought to be. It has the ingredients of a good story – a ghost bent on revenge, dense fog, chilling graveyards, preternatural children, and a creaky old house set on an island from which, when the tide is in, there is no escape. These cheap frissons, instead of making you shiver, play out like a trip on a ghost train. However spooky the apparitions, you know nothing will hurt you, so you sit through the experience with a sceptical sigh.

The sets and special effects are as atmospheric as any cinemagoer could want, and the casting is excellent, with Daniel Radcliffe as the widower Arthur Kipps, and a host of experienced actors including Ciaran Hinds and Roger Allam in the supporting roles. The story has a promising set-up, with the lawyer, Kipps, leaving his four-year-old son to prepare the deserted Eel Marsh House for sale. A sable-clad female has been haunting the area – the mentally unstable Jennet Humfrye, whose son drowned in the marshes around the house. Kipps soon learns that she is seeking vengeance for her bereavement by enticing the local children to commit suicide. Every time she appears, a child dies. Unnerving, don’t you think?

The ominous set-up is spoilt by predictable cinema tricks. Every shot leaves a telling gap on screen for something otherworldly to fill. Kipps looks up at a window – will a ghostly visage appear behind the glass, we wonder? Lo and behold, it does. Kipps stands inside the house, looking out onto the grounds – is that room for a translucent figure? Of course it is. We get the traditional spooky apparitions zooming down long corridors, lights mysteriously extinguished, dogs barking in empty rooms and ghosts with powerful larynxes. Kipps finds musty letters in a dusty old chest, and a bloody message on a wall. Every horror check box is ticked. The script cries wolf so many times, by the time there is a genuine threat to Kipps, it’s impossible to feel excited.

There are some genuine shocks. Kipps’ reflection turns into a screaming child; the coach driver suddenly appears close to Kipps on the marshes. Kipps enters the dark nursery with only a candle to guide him, and the light, reflected in the beaded eyes of simian toys and lifeless dolls, moves as he moves, as if they’re watching him. It’s a shame these are overused.

The characterisation isn’t much better. We never really get to know Kipps. Why would he opt to stay overnight in a house he knows is haunted to finish his legal paperwork? He’d have got more work done on the mainland as he spends most of the night following eerie noises. When supernatural events occur that would make Hercules run scared, Kipps hardly bats an eyelid. Fair enough, he looks terrified by the end, but we’ve lost patience by then.

The box office figures refute negative reviews, but I suspect these have resulted from punters curious to see where Daniel Radcliffe will go after Harry Potter, or who have seen the successful stage play. If I’d watched the film alone at home instead of in a cinema full of people, I might have been pausing the DVD to check behind the sofa. As it is, a transfer from stage to screen means the cast and crew can offer too much. In this film, the supernatural is best left to the imagination. VP