Review: The Lady of the Rivers – Philippa Gregory 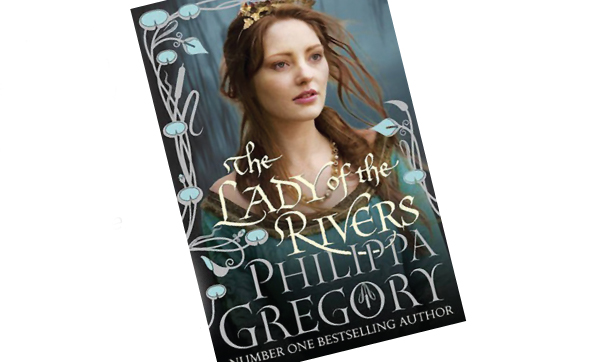 The Lady of the Rivers is the third instalment of Philippa Gregory’s historical Cousin’s War series. It tells the story of medieval England’s struggle to keep the French lands won during the Hundred Years’ War, the trigger for the War of the Roses, and Henry VI and his queen’s struggle to hold on to power.

Gregory bases her novel on the true story of Jacquetta, a wealthy young French woman, who witnesses most of the action first hand. Married at fourteen years old to the Duke of Bedford, who weds Jacquetta for her gift as a seer, she is fated to remain a virgin, the ideal state to nurture this gift. When the Duke dies, Jacquetta takes her happiness into her own hands and marries Richard Woodville, her husband’s squire, the future grandfather of the princes in the tower. For a while, it looks like they will live happily ever after.

All too soon, the extravagance and unwise favouritism of the new king and queen for undeserving members of the court threaten the protagonists’ peace. Powerful nobles are hunted down for witchcraft, for which Jacquetta fears she is a candidate, riots threaten lives as the king plans to surrender England’s hard-won lands back to the French, and Jacquetta’s husband is called to endless battles. The Wheel of Fortune is a major theme in the book, and as the Woodvilles are well aware, though you can rise, you can as quickly fall. Throughout the novel, we are reminded of what happens to women who step out of the role assigned to them by men by a haunting backdrop in the opening pages – the execution of Jacquetta’s acquaintance, Joan of Arc. One false move from Jacquetta could see her serving the same fate.

Phillipa Gregory is an engaging storyteller with an eye for the fascinating side of history that is excluded from textbooks. She is expert at pacing novels, knows exactly when to bring in incidents to keep a reader’s attention, and writes with a sensible balance between archaic expressions and a modern style – enough to convince us that her first person narrator is medieval, but not too much to risk spoiling an easy read. The Lady of the Rivers is as good as The Other Boleyn Girl, and it’s a shame that, due to its time period, it is less likely to be converted into a film.

The Lady of the Rivers
512 pages
Publisher: Simon & Schuster Ltd

6 thoughts on “Review: The Lady of the Rivers – Philippa Gregory”