Review: Once Upon a Time 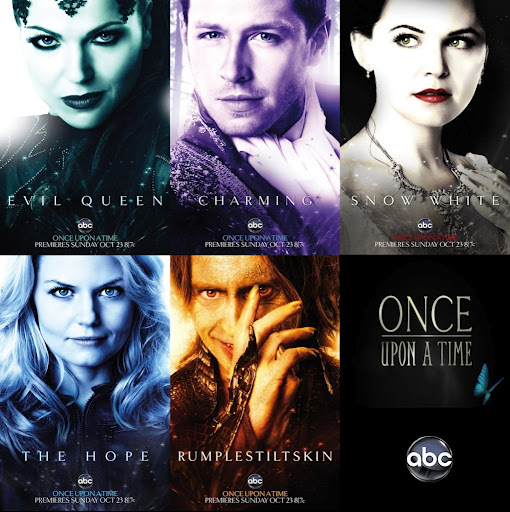 Boston: present day – ten year old Henry turns up at bail-bondsman (woman?) Emma Swann’s apartment claiming to be the child she gave up for adoption; Henry believes everyone in his book of fairy tales is imprisoned in his hometown of Storybook Maine, only they don’t remember who they are. And Emma is the saviour to set them all free. Cut to:

The Enchanted Forest – Prince Charming and Snow White are enjoying their Happy Ending until the Wicked Queen sets a curse to ruin things for everyone; with only Rumplestiltskin’s future vision of Snow White’s baby triumphant over the curse to comfort them.

Fairy tales are big business again, with Mirror Mirror and Snow White and the Huntsman set to rake in the gold pieces at the cinema box office. Up against NBC’s Grimm , Once Upon a Time is ABC’s big-budget, modern-day fairy tale mash-up that is totally daft and so completely misses the target that you wonder what the producers, lauded for Lost, were thinking. The Red Riding Hood movie  tried to do Twilight as The Company of Wolves. Once Upon a Time is more like Pleasantville going of the rails and crashing into Shrek.

Jennifer Morrison as Emma and Lana Parrilla as the Wicked Queen do their best to treat this clanging tin-pot script as real drama. They can get past the soggy dialog and the clunking set-up, but there’s no saving anyone from the Enchanted Forest flash-backs that make Disney look like Ingmar Bergman. However much the cast try to deliver the anachronistic dialog like it’s Saving Private Ryan, we’re still looking at versions of Pinnochio, Cepetto, the Seven Dwarfs and the Fairy Godmother who all arrived by minibus from the pantomime at the Skeg Ness Regency Theatre.

The once-great Robert Carlyle, one of Britain’s most promising dramatic actors, has descended from Trainspotting via Stargate and Eragon – which sounds like Shakespeare compared to this – to a Grade-school performance of mad-eyed staring and cackling as Rumplestiltskin. Prince Charming looks like a chimp and Snow White is a plate-faced Dairy pageant princess. “Mirror, mirror on the wall, I demand a refund…”

The premise of this series is in each episode telling the backstory and parallel present day Storybrook events of the various fairy tale characters, while the overall story arc is Emma’s journey to break the curse. The character list improbably trawls the entire range of Brothers Grimm and Disney classics. The result is tedious, contrived and risible, which is pretty poor given there are so few intended laughs. Season One is still running in the States until May and seems sure to be re-commissioned for Season Two, with some of the best ratings ABC has drawn in years in the 18-49 adult age group! What?

Those who like their fantasy dark and miserable best give this a miss; if you like fluffy daytime TV soaps and part-work collectable dolls, then this could be for you. I’m hanging on for Grimm on TV and Snow White and the Huntsman on the big screen. SC

Sue Corsten is a film and TV make-up artist based in the UK.
View all posts by Sue Corsten »
« Review: Thor
Photography: eclectic.vision »

3 thoughts on “Review: Once Upon a Time”