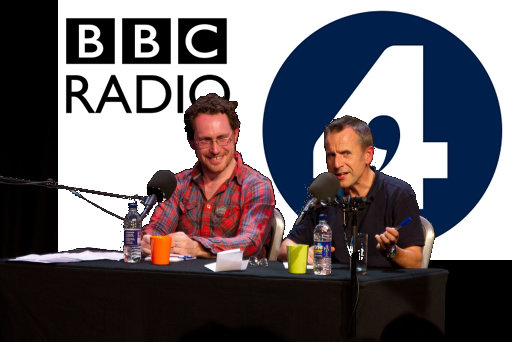 Now on Series 77, the venerable News Quiz is one of those archetypal panel shows to which so many other radio and TV shows (Have I Got News for You) owe so much.

Now chaired by National Treasure and favourite Danish import, comedienne Sandy Toksvig, regular panelist Jeremy Hardy is joined by a mix of semi-regulars and guests to comment on the week’s news stories. The show has an unapologetically liberal agenda beneath its’ satirical edge and plays well to the sharper end of the Radio 4 audience. VP

You can find current shows on BBC iPlayer  or sample some clips. Previous programmes are available by series and by year

Some of the classic press cuttings sent in by listeners (not including one of ours, broadcast May 4th 2012)

2 thoughts on “Review: The News Quiz”