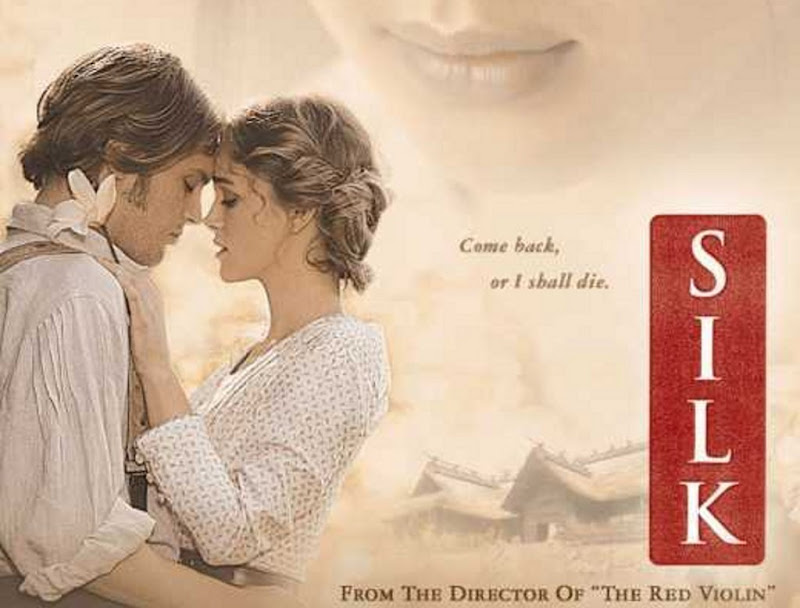 Adapted from the literary novel by Alessandro Baricco, Silk is a nineteenth-century tale of romance, obsession and silkworm smuggling. Yes, silkworm smuggling. Beginning with an artfully shot oriental woman naked in a hot spring, we then get a bad narration by young Michael Pitt, the hallmark of a difficult translation from book to screen.

However stunningly beautiful as Silk undoubtedly is, it is hard to forget predecessors Manon Des Source, Chocolat and the Stella Artois commercials. Clearly following behind David Lean, Terence Malick and Bertolucci, professional Canadian Francois Girard’s adaptation is a languid, lingering expression of longing that loses huge chunks of the novel, such that almost nothing interesting happens.

Never mind industrial revolutions, the opening up of Imperial Japan and subsequent revolts, drown in the lush score and sink into the epic visual poetry. Or not.

Pitt is frankly a disaster, a photogenic but stolid lead who never ages over the twenty-odd years of the story; his heavily-medicated range consists of blank or teary and his narrated voiceovers sound like a suicide note. It is left to Knightley, Molina and Koji Yakusho as Jubei to inject some life into the painterly visuals, although Ryuichi Sakimoto’s unusually soporific score tries to suck it back out again.

More frock coats and bustles than The New World, Lawrence of Arabia, or Shogun, Silk is an arty distraction while you wait for the silkworms to hatch. RC

Robin Catling gained degrees in both arts and technology which led to a diverse portfolio of employment. A freelance systems analyst, project manager and business change manager for the likes of American Express, British Airways and IBM, he moved on to web design, journalism and technical authoring. He has also worked in film and television, both behind and in front of the camera, including productions by Steven Spielberg, Martin Scorcese, Ron Howard and Ridley Scott. A qualified three-weapon coach, he runs West Devon Swords teaching sports fencing to all age groups, and in recent years qualified with the British Federation of Historical Swordplay to teach medieval and renaissance combat in the Historical Western Martial Arts.
View all posts by Robin Catling »
« Opinion: Metro-hating in Windows 8
Review: VKontakte Social Network »