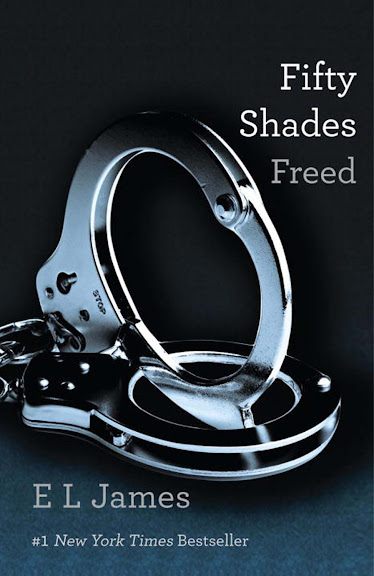 Never judge a book by its cover…

I picked up ‘Fifty Shades Freed’ because it was in the best seller charts. The dark cover with the fettered key promised some sort of crime plot with (according to the blurb) a bit of romance thrown in. What I found was kinky sex scene after kinky sex scene, mawkish pledges of eternal love, and a thin crime plot to motivate Grey and his new wife out of bed. Sex sells, clearly.

To be fair to James, Christian Grey (aka. Fifty Shades) is a bold romance hero to write. He’s megalomaniacal, controlling and possessive to the point of stalking. Not your typical Austenian gentleman.

The struggle at the heart of the novel is for Ana to be her own person, instead of one of Grey’s assets. James gets away with Grey’s perversions by ticking all the other romance boxes – he’s rich, he keeps telling Ana that he loves her (once or twice would have been enough) and he protects her. But these endearing qualities aren’t redeeming enough – at least, not for me. Female readers will need a strong submissive streak to adore Grey.

As far as Ana goes, I’m not convinced she’s a literature student. As a first person narrator, Ana has a chance to shine, which she only seizes when she’s writing emails. Apart from Christian’s allusions to her cleverness, and intermittent references to Dickens, there’s no real proof. Her dichotomised inner self (her “inner goddess” versus her “subconscious”) sounds as if it’s been inspired by a trashy women’s magazine rather than something more poetic, as I think is intended.

Will I read the first two books in the trilogy? Starting on book three, I feel like I’ve started with dessert and missed out the appetisers and the main course. I have a lot of backstory to learn. Christian is unusual – understanding his past would be an incentive, but if there’s as much pointless sex in these as there is in this one, I’ll be leaving them on the shelves. VP