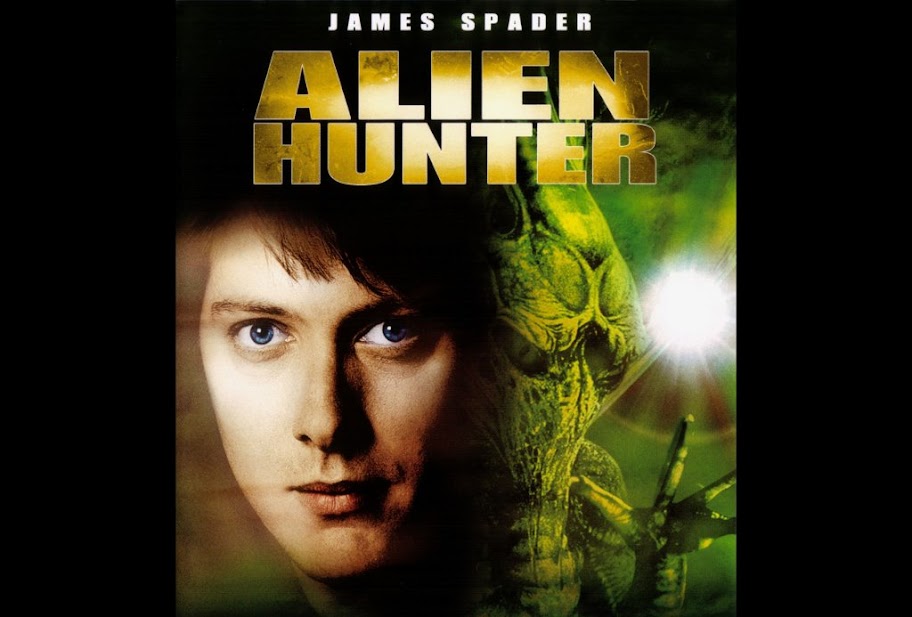 Take what you can from this confused, derivative, production-line, made-for-TV sci-fi knock-off of the X-Files. If there was a prize for the least original genre movie, Alien Hunter would be on the short-list but still not win.

For one thing this is not the action sci-fi adventure the title suggests it is. James Spader’s Dr. Julian Rome is the alien hunter, a geeky cryptologist from the SETI project – Search for Extra-Terrestrial Intelligence. Beginning with alien radio transmissions (a la Contact), early references to Roswell (every-frigging-sci-fi-B-project since 1948) and shipping out from Spaders’ University department (himself, in Stargate) to the Antarctic (The Thing, AVP) do not bode well.

Despite a huge build-up and some solid special effects and prosthetics, the mild-mannered benevolent alien is not the major threat you expect. Best trope is the flesh eating virus carried within the alien box; alien life is not biologically compatible with us. Fortunately two thirds of the cast are immune, or you’d have no second half, wherein the rest of the dramas are all rather more human.

Rome’s ex-relationship with Dr. Kate Brecher (Janine Eser) is largely ignored after an interesting set-up. Brit actor John Lynch (well, Irish, but thats good enough for the Yanks) loses his cool big-time as emergent villain Dr Straub. The rest of the cast are watchable actors with precious little to do.

Throw in Washington cover-ups (yawn), a Russian submarine (yawn) and a secret underground Antarctic base (yawn) with no real reason to be there, and even a cameo from veterans Roy Dotrice and Kier Dulea can’t save Alien Hunter. The best you can do is play ‘guess-the-cliche’ as it rolls along. The ending is so very Close Encounters (with a bit of the Abyss) it is a huge let-down.

Without the considerable presence of James Spader – personable, quirky, low-key – this would be a complete dud. RC

Robin Catling gained degrees in both arts and technology which led to a diverse portfolio of employment. A freelance systems analyst, project manager and business change manager for the likes of American Express, British Airways and IBM, he moved on to web design, journalism and technical authoring. He has also worked in film and television, both behind and in front of the camera, including productions by Steven Spielberg, Martin Scorcese, Ron Howard and Ridley Scott. A qualified three-weapon coach, he runs West Devon Swords teaching sports fencing to all age groups, and in recent years qualified with the British Federation of Historical Swordplay to teach medieval and renaissance combat in the Historical Western Martial Arts.
View all posts by Robin Catling »
« How-to: Speed Up Your Internet Connection For Free
Review: BBC Review: Radio 4 Book of the Week – Tubes by Andrew Blum »