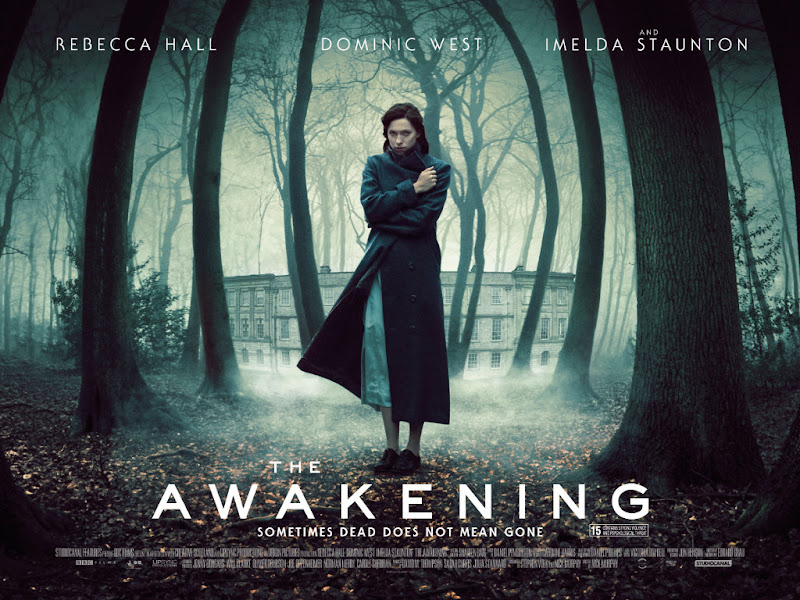 Owing to the high mortality of the First World War, Britain was overrun with spiritualist charlatans preying on mourners desperate to make contact with the dead.

In Nick Murphy’s thrilling ghost story, Rebecca Hall plays Florence Cathcart, a ghost hunter, alias fraud hunter, who makes a living exposing fake séances. Florence is mourning her dead fiancé, a soldier in the war, to whom she sent a letter weeks before he died, saying that she no longer loved him. Her repeated efforts to prove that the afterlife is make-believe are in atonement for her cruelty.

When Robert Mallory (Dominic West) requests her services at Rookwood boarding school, Florence insists that the case will be as clear-cut as its predecessors, but on visiting the school, she realises that there is more to this case than meets the mortal eye…

Hall strides confidently across the screen as the Cambridge-educated Florence, her cool, dismissive front masking her grief for her lost lover and the traumas of her childhood. Hall handles Florence’s transition from sceptic to believer convincingly.

West plays a sympathetic Mallory, also a war survivor, although meaningful expressions are sometimes wanting. His character does at least understand what Florence is going through, leading to relations getting rather hotter between them in this otherwise chilling story.

The ever-engaging Imelda Staunton is the unsettling housekeeper, Maud. Isaac Hempstead-Wright makes an impressive appearance as Tom and Joseph Mawle, who plays the gardener Judd, is disturbing enough to discourage anyone from taking pleasure walks in the school grounds.

The house used for the boarding school is Lyme Park, barely recognisable from its heyday as Pemberley in the BBC adaptation of Pride and Prejudice, with Murphy’s green filters instilling an eerie ambience for The Awakening in contrast with the bright, classical grandeur of Mr Darcy’s estate. Even the famous lake features when Florence drops her cigarette case into the water. As her hand plunges into the lacustrine stillness to recover it, no sexily bedraggled Colin Firth emerges, but instead a spectral hand, snatching at her own. Murphy knows how to make an audience jump.

Tagged onto this is the twisted face of the ghost boy spying on a naked Florence through a hole in the wall and the menacing dolls house scene, where tattered dolls are sinisterly placed around the miniature rooms to replicate Florence’s private actions. Something or someone has been watching her, and, somehow, they also knew what she would be doing at that very moment.

Frisson after frisson is accentuated by understated dialogue. This is a brilliant film, which is almost ruined by the major twist before the climax. This twist is just about plausible on second viewing, but a few more subtle clues along the way would have stopped me cursing the filmmakers for cheating. Saying this, the unexpected denouement was enough of an awakening to reinstate my approval. This film is not up to del Toro’s standards, but it’s well worth watching. VP

Columnist, reviewer, author and sometime sports coach
View all posts by Victoria Pritchard »
« Review: I am Not Lefthanded – The Fire and The Sigh
Humour: Danger – Quicksand »