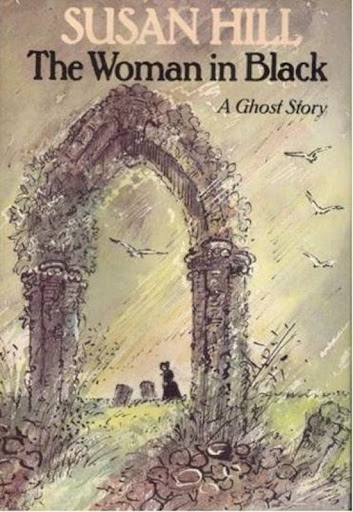 You may have been disappointed by the film, but Susan Hill’s riveting novella is a Christmas story to rival Dickens, and it’s as scary as they come.

The Kipps family are celebrating Christmas by telling ghost stories around the fire, when their solicitor father, Arthur, plucks up courage to share an otherworldly encounter which he has kept secret for years. As a young man, he was commissioned to sort out legal paperwork at Eel Marsh House following the death of its singular owner, Mrs Drablow. There he sees the ghost of a woman in black, and, after a succession of inexplicable, sinister events, soon wishes he’d left the work well alone…

Hill’s spine-chilling tale works by suspense rather than incident. Its Victorian style is replete with Gothic resonance, intensifying the atmosphere. The surprisingly threadbare plot created a pit for Radcliffe’s film to slip into: despite bolstering the story with threats to Kipps’ child and an attempted exorcism, the nerve-racking ‘jump moments’ popping up during the rest of the film weren’t enough to flesh out the script. Most of Hill’s novella is description, which takes up seconds in screen time, so the transfer to film needed more embellishment. As a novella, however, The Woman in Black is a thrilling read, far outstripping Hill’s other works. VP

Related: Review – The Woman in Black

2 thoughts on “Review: The Woman in Black – Susan Hill”