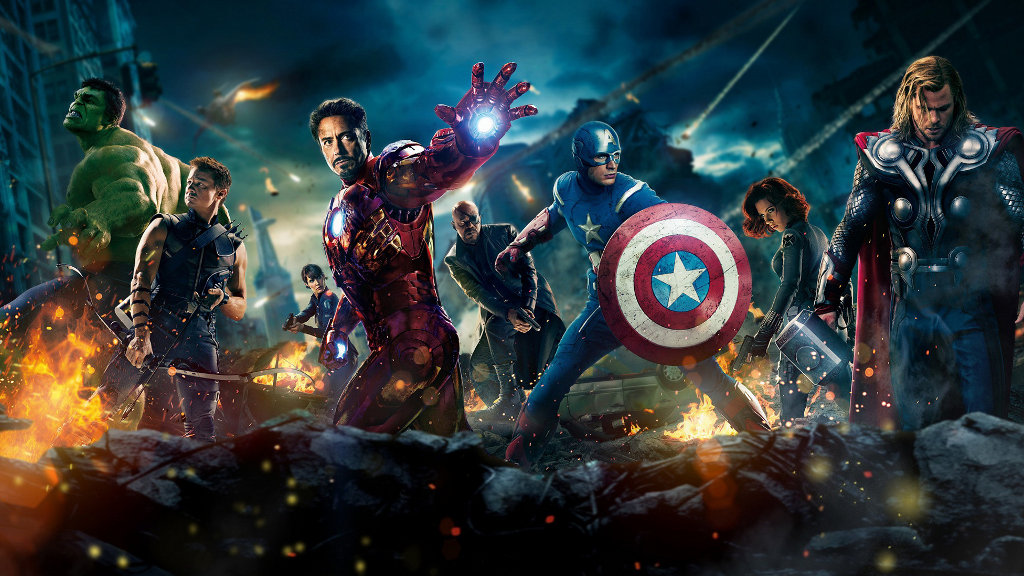 I know – I’m late to the party. I’m also beginning to wonder if even a comic book fanboy like me can be over it.

Make no mistake, I am a huge Joss Whedon (Buffy, Firefly, Serenity) fanatic. Robert Downey Jr. has found the role of his career in Iron Man. I will watch Mark Ruffalo read the telephone book. Avengers Assemble may be technically the most impressive movie of the decade.

You know there’s a big ‘but’ coming, don’t you?

There is an awful lot of stuff on screen. Truly, cinema is now boundless; if you can imagine it, if you can draw it, then a warehouse full of computers can render it on screen in photo-realistic detail. And they do, from the impressively daft SHIELD heli-carrier to the planes, hover bikes, wormholes, flying armoured lizard-things – but not the Hulk.

It’s an ‘origins movie’. That means getting together the heroes in a cloud of mutual mistrust, having some fight each other to stalemate, coming to an understanding and finally making the heroic last stand against the odds.

Joss Whedon and writing partner Zak Penn make a decent job of translating Stan Lee and Jack Kirby’s classic comic strip characters and plots, with the benefit of a lot of reusable material from recent Marvel comics adaptations. The Tesseract is the standard doomsday device (MacGuffin in Hitchcock terms), Loki is a returning villain, the SHIELD organisation is well-established across the Marvel franchises.

So why does so much of it drag? Why do we have so much time spent with characters grandstanding and posturing, often getting lost in Epic CGI Mega-Sets (TM) with a lot of hardware, spouting ridiculous psycho-babble, techno-babble, GI Joe spy-babble or plain old macho guff?

Some of the cast do better than others, given this is the Iron Man/Captain America Show. Downey as Stark/Iron Man has his tears-of-a-clown act down pat, whereas Chris Hemsworth looks lost after his assured Thor debut. Tom Hiddleston is riveting as Loki, which has everything to do with talent and nothing to do with the writing.

Mark Ruffalo excels as Dr Jekyl, but is lost in the CGI when Mr Hyde (Hulk) takes over. And why is the rendering of Hulk so bad compared to everything else?

There are only two women in the whole thing; first, the absurdly named Cobie Smulders, an identikit Hollywood brunette. The other is Black Widow. She’s the fit Russian bird in the leather catsuit, a gymnastic super-assassin, but next to the boys and the gadgets and the sets, she’s the makeweight. That’s before they cast Scarlett Johansson. Even pudding-face Jeremy Renner’s Hawkeye gets to do more with his bow and arrow. Samuel L. Jackson is doing the big paycheck ‘I’m Samuel L. Jackson’ thing, which means he’s not doing Nick Fury.

The worst of the lot is pumped-up Chris Evans. You just knew Captain America would look ridiculous, whatever version of the suit they came up with, but it’s worse. Much worse. As the po-faced, ramrod straight patriot, Evans’ super-soldier is no fun and suffers from CGI weightlessness.

Avengers has plenty of spectacular set pieces, despite a long tedious sequence trashing, then saving the heli-carrier (USS ‘Sitting Duck’ – does it really not have proper air escort?). Whedon brings on epic mayhem with the climactic alien invasion of Manhattan, fighting amid the sky scrapers and urban canyons. Never was so much devastation suffered in an urban metropolis with so few casualties.

And I really didn’t care about any of it. Unlike Ken Branagh’s operatic Thor, Avengers left me rather unengaged. In return for the scale and budget to put anything he wanted on screen by the producers Favreau, Lee and Feige, Whedon also has to toe the line and write other people’s characters. Somehow it all loses the distinctive Whedon touch to leave us with seven leads playing mostly glum, mostly grumpy and a teensy bit cross.

Then again, I was always an X-Men fan. RC

Robin Catling gained degrees in both arts and technology which led to a diverse portfolio of employment. A freelance systems analyst, project manager and business change manager for the likes of American Express, British Airways and IBM, he moved on to web design, journalism and technical authoring. He has also worked in film and television, both behind and in front of the camera, including productions by Steven Spielberg, Martin Scorcese, Ron Howard and Ridley Scott. A qualified three-weapon coach, he runs West Devon Swords teaching sports fencing to all age groups, and in recent years qualified with the British Federation of Historical Swordplay to teach medieval and renaissance combat in the Historical Western Martial Arts.
View all posts by Robin Catling »
« Opinion: Discovery as a Painful Process in Windows 8
How-to: Fix Networking Issues with IPConfig »