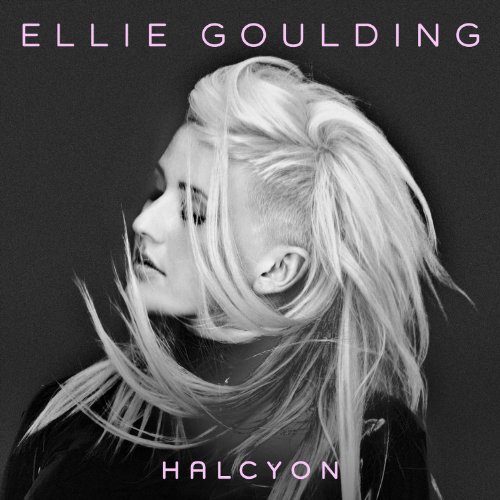 Competing with the current queens of British synth-pop – Little Boots, La Roux et al – Ellie Goulding is back with the ‘difficult second album.’ Only this one isn’t difficult. It’s a joy – and not just track seven (Joy).

Opening with three strong tracks incuding current single Anything Can Happen, Goulding has evolved her already distinctive sound and the key word this time is bigger – an even more layered electro sound large enough to fill several concert halls.

Goulding’s lyrics and themes are full of lost love and melancholy, but the arrangements are much more uplifting – it’s all about the recovery and moving on.

Unlike Florence ‘Lungs‘ Welch of Florence and the machine, Goulding doesn’t have the huge voice to fill a stadium, but an altogether lighter sound. Having worked out exactly what to do with it, she rides her full range in the lead and the artfully constructed backing vocals. It’s rare that a singer reminds me of that one-woman choir that was Kirsty McColl, but Goulding has fashioned a full and sympathetic sound. There’s more than a hint of Kate Bush in the vocal swoops and a touch of Moby in the cleverly sampled vocals. Only in Anything Can Happen does the refrain go painfully raspy and Rod Stewart, but only for a moment.

There’s not a weak song on this album, anthemically framed with big production and a full palette of sounds including harp, piano and a lot of drums. Occasionally the production threatens to drown the lyrics, but the melodies carry through.

It’s a big up tempo album all the way to the slower track Joy, an orchestral break-up ballad that somehow doesn’t play out as sad as the lyrics read; the breakup with a lover with no joy in their heart. Somehow the strings and the vocal rise above the lyric to something much more, er, joyful.

Hanging On goes all dub-step. Explosions is a big power ballad. I Know You Care features piano and the one-woman Goulding choir. Atlantis back to signature synth-pop. Dead in the Water a latterday hymn, suggesting Enya and Annie Lennox. The very obvious Calvin Harris collaboration I Need Your Love suffers from a clash of production style – the Harris trademark riffs and stacatto plinky-plonk detract from the song; I’d be interested to hear the demo version. In a strange choice, a recap of a previous track, the successful single version of Lights, closes the album.

Get the Deluxe version, however, and there’s a clutch of bonus tracks. Ritual is an overt exploration of faith, Madonna with a Masters degree. In My City isn’t the strongest song, but has a slow beginning picking up to a mid-tempo pop track. Without Your Love is one of her hope-after-adversity songs.

The bonus version of Hanging On sounds like it was reworked from the Lights album. Now, I appreciate Goulding is very white, middle-class, high-brow pop, but Hanging On could manage very well without the expletive-laden interjections of ‘Mr Street’ Tinie Temper. Honestly, rapping about Gaviscon is so desperate it’s only going to raise an unintended laugh at the end of a track that doesn’t need one.

Minor gripes about the collaborations aside, I have very little criticism for Goulding and Halcyon. The Title track Halcyon says it all; it’s gonna be better. It already is. RC

Related: Florence and the Machine – Ceremonials