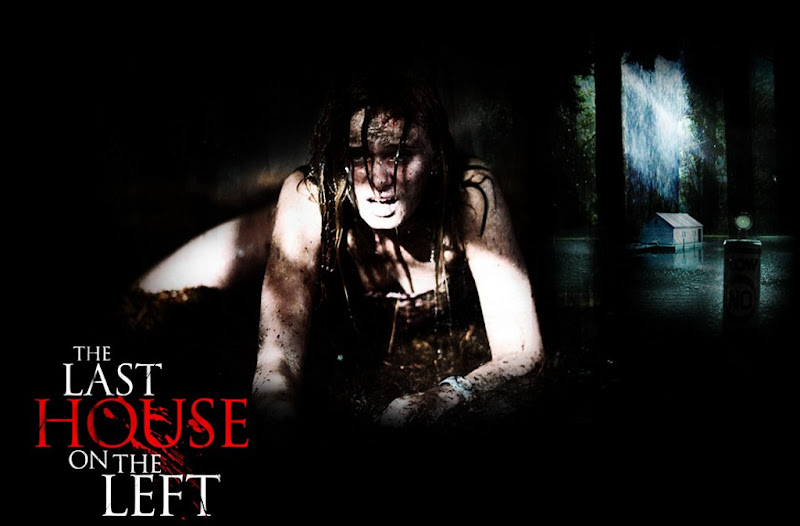 As if the original Last House on the Left wasn’t nasty and voyeuristic enough, Wes Craven blots his CV even further by remaking his 1972 exploitation ‘thriller’ with a proper budget but no more taste.

Last House sits at the more extreme end of the Home Invasion Movie scale, way above Pacific Heights and Panic Room but just below (both of) Michel Haneke’s Funny Games.

Mind you, Wes Craven has been remaking his own material since the first sequel to Nightmare on Elm Street. Did no one tell him Wes Craven’s New Nightmare was a dumb idea or has he just got a touch of the George Lucas, ‘let’s wring the last buck out of this tired old schlock’?

From the opening two minute car crash, point-blank shooting and strangulation of two cops to spring psychopath Krug (Garret Dillahunt), I don’t buy the setup of the cardboard cutout criminal gang. After two girls are raped and left for dead in the woods, I don’t buy the setup of the impassable storm, and, oh, wow, the attackers unknowingly seek shelter at the victim’s house.

Throw in a convenient lightning strike, power cut, phones down and… oh, please. Why not go the whole hog and put on a hockey mask?

I really don’t buy Rogue Production’s spiel about “the story that explores how far two ordinary people will go to exact revenge on the sociopaths who harmed their child.” It’s simply a nasty exploitation piece of commercial trash.

There is no meaningful exploration of revenge, or the human condition, just a bunch of people doing nasty things to each other for nearly two hours after which indignities, they keep getting back up, Jason-style.

It’s the cast I feel sorry for, they are all much, much better than this, especially Dillahunt, Potter, Paul and Clark.

Craven keeps threatening to retire. Do you think if we stop watching his garbage he’ll do it? And can he take Eli Roth with him? RC