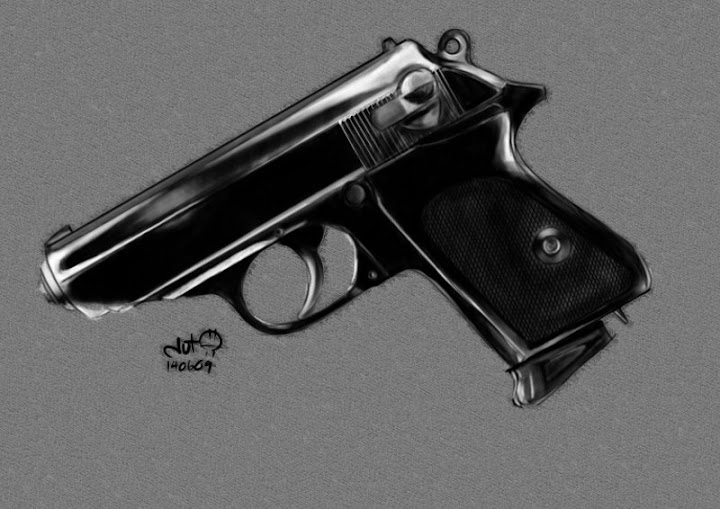 “Instructions from the producers to Mr Paul Epworth, regarding the Skyfall theme; don’t bother to write an actual song, just shoehorn in the title of the movie as many times in three minutes as you can, throw the John Barry strings in the background and get that cockney bird from London to mew through it like an asthmatic moggy.”

So why is it getting so much air play?

Even when he first appeared in the fifties, Ian Fleming’s British superspy James Bond was a blatantly commercial mix of sex, violence and product placement. Along came the movies and the least secret of secret agents transferred the formula to the big screen.

There are some classic Bond theme songs; Goldfinger, You Only Live Twice, For Your Eyes Only, all featuring the movie title. Most of the Bond theme songs make no sense, and there are some grand duds like Thunderball and Goldeneye, done with bravura by Tom Jones and Tina Turner. Carly Simon’s Nobody Does It Better is a gold-plated immortal, proving a decent singer is mandatory and the movie title in the lyric isn’t.

After the Madonna débâcle, we almost got close to reality; Chris Whats-his-name, known only to the Americans, sang You Know My Name for Casino Royale. Jack White and Alicia Keys made the boldest of attempts with the under-rated and avant-garde, off-the-wall, jazz-rock-soul-opera number for Quantum of Washing Powder.

But now we’re back to the commercial imperative. After the lacklustre Quantum, the Bond producers need a big comeback (two more Craig Bonds in the pipeline). Bond was, first and foremost, always about money, for Fleming and the Broccoli’s. Craig’s Bond was narrowly rescued from the bankruptcy of the MGM studio.

All of which mean we get an abject excuse for a lyric. Listen carefully, you can hear the ker-ching of the cash register at the start and end of the chorus:
Let the sky fall, when it crumbles
We will stand tall
Face it all together
At skyfall

If someone can explain any of the verses to me, I’d be, well, not grateful; couldn’t care less, actually. Faced with overblown guff like this, Hallmark’s greetings cards should be cherished like Shakespeare:
Skyfall is where we start
A thousand miles and poles apart
When worlds collide, and days are dark
You may have my number, you can take my name
But you’ll never have my heart

La Turner might have gotten away with this kind of nonsense but Adele delivers it in a plaintiff wail like a cat stuck out in the rain. But since the beloved cockerney sparra is shifting truck-loads of CD’s across the world and is the biggest British export since, well, Bond himself, that’s who we’ve got. Not so much singing with, as fighting the orchestra. And the orchestra wins. Come back Cheryl Crow (Tomorrow Never Dies, but careers often do), all is forgiven. RC

Robin Catling gained degrees in both arts and technology which led to a diverse portfolio of employment. A freelance systems analyst, project manager and business change manager for the likes of American Express, British Airways and IBM, he moved on to web design, journalism and technical authoring. He has also worked in film and television, both behind and in front of the camera, including productions by Steven Spielberg, Martin Scorcese, Ron Howard and Ridley Scott. A qualified three-weapon coach, he runs West Devon Swords teaching sports fencing to all age groups, and in recent years qualified with the British Federation of Historical Swordplay to teach medieval and renaissance combat in the Historical Western Martial Arts.
View all posts by Robin Catling »
« Reviews: October Highlights
How-to: Understand Windows Phone 7x »