Review: Person of Interest Season One 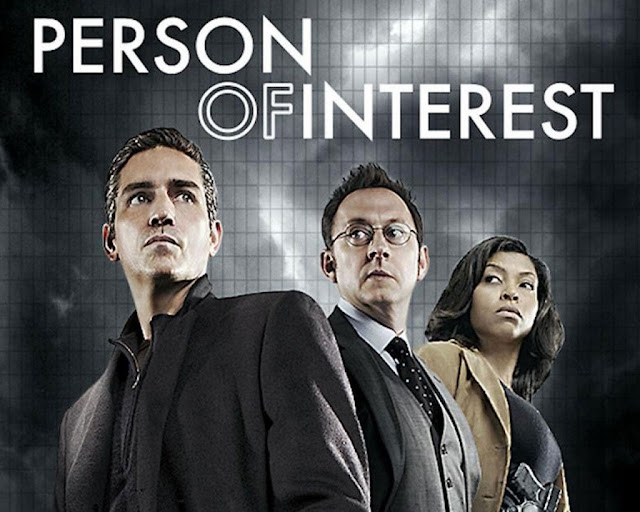 Finch has The Machine, a super computer collating all the covert and overt surveillance in the US, occasionally spitting out the name of an individual – a Person of Interest. Mostly they have to be saved from a dastardly fate, sometimes they are the perpetrator of some dastardly wrong to be stopped.

The pair both live off the grid, the genius and the action man, both righting wrongs with the tools they have at their disposal. Of course, they have dark pasts and dark secrets each. The action element usually ends up with Reece battering or shooting the bad guys, which puts a good cop (Taraji P. Henson) on his tail, but Reece has subborned a former bad cop to be his inside man on the force.

Occupying the same space as Burn Notice, minus the sunshine, and Human Target, minus the humour, the series’ strong point is Caviezel’s burned out spy as the lone gun-slinger come to clean up the town. The Machine is the MacGuffin, levering each plot into place. It might as well be The Loom of Fate or the Oracle at Delphi, but then we couldn’t have the supposedly topical social commentary on the surveillance society.

But for the quality of the two leads, this would be an unremarkable remake of Man In a Suitcase or The Saint, with a bit of Dirty Harry and Bourne Identity thrown into the mix. Caveizel has matured into a believable action hero, in the mode of Bond, managing to disappear under cover despite his extraordinary look.

The plots are all paired neatly to fit the 42-minute format between the ads, there’s a thread of on-going back story and revelation for each of the leads.

It’s an easy ride of a show but it’s not enough of a different take on the cop show to be really outstanding. It’s better than the whimsy of The Mentalist and Castle, I suppose.

Robin Catling gained degrees in both arts and technology which led to a diverse portfolio of employment. A freelance systems analyst, project manager and business change manager for the likes of American Express, British Airways and IBM, he moved on to web design, journalism and technical authoring. He has also worked in film and television, both behind and in front of the camera, including productions by Steven Spielberg, Martin Scorcese, Ron Howard and Ridley Scott. A qualified three-weapon coach, he runs West Devon Swords teaching sports fencing to all age groups, and in recent years qualified with the British Federation of Historical Swordplay to teach medieval and renaissance combat in the Historical Western Martial Arts.
View all posts by Robin Catling »
« How-to: Understand Windows Phone 7x
Review: Android Jelly Bean [Guest Post] »

5 thoughts on “Review: Person of Interest Season One”