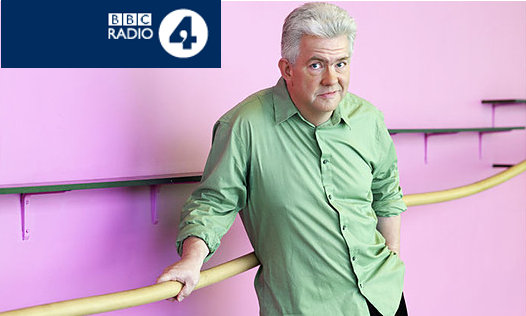 Ian McMillan goes on a quest to find one of Britain’s strangest linguistic features. Somewhere between Sheffield and Chesterfield, people stop saying house and say something that sounds a lot more like ‘arse. It’s an isogloss, a kind of linguistic boundary line where accent and dialect changes. Ian calls it the house / arse interface, and with his friend the musician Ray Hearne and linguist Kate Burland in tow, he sets out to track it down. But can it really be as simple as crossing a line on a map?

Well, of course it can’t, else there wouldn’t be a half hour radio show in it.

Another of those hidden gems tucked away on Radio 4 at the weekend, this will be utterly unintelligible to anyone South of Watford (England), much less to the International audience, but give it a go anyway.

MacMillan is the professional Yorkshireman, drafted in whenever the BBC needs a wry, no-nonsense Northern poet to tick a box on the working-class thinking-bloke check-list; often amusing, he’s like an old time Variety theatre act, running out with his amusing Northern schtick on demand. It’s a fascinating look at sub-regional dialect, thanks to Hearne and Burland, who give the cultural and linguistic weight to the topic, while MacMillan stumbles around Yorkshire failing to record any worthwhile vox-pop from the Great British Public.

Needlessly, but amusingly coarse, the actual pronunciation in the region is more “ahse” than “arse.” As in the song “on Ilkley Moor b’aht ‘at” (On Ilkley Moor Without Hat). But that wouldn’t have been funny.

Catch it on the Radio 4 website where the embedded player will serve up the audio with over a year left to listen.

Related: The History of the Future – BBC Radio 4

2 thoughts on “Review: The ‘arse that Jack Built – BBC Radio4”