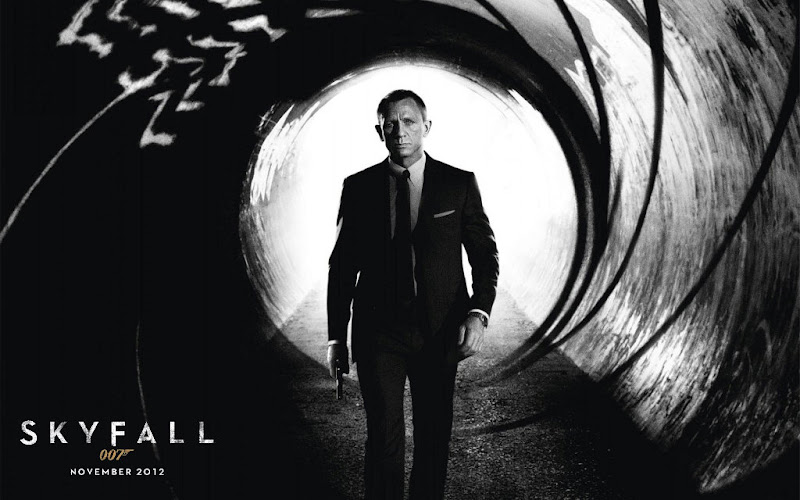 A brilliant Bond is back with brio and come full circle for the 50th anniversary.

It’s the granddaddy of film ‘franchises.’ Bond creator Ian Fleming always had an eye for big boy’s adventure, spiced up with action, sex and casually name-dropped, aspirational brand names. The Broccoli family, Bond’s producers for the last fifty years, appreciate that only too well.

Girls, gadgets, guns; villains hatching plots to take over or destroy the world, all of them stopped by the world’s most famous spy. Roger Moore summed it up when he said Bond could walk into any hotel in the world and be greeted by name. So swallow the spy hokum and enjoy the ride.

After a Bourne-again makeover for Casino Royale and the nonsensical Quantum of So-What, what makes Skyfall so special?

The answer is a director with integrity: Sam Mendes, Oscar-, BAFTA-, Olivier-winning film and theatre genius has made Bond gritty and real, with characters and relationships that make you care what happens when the fireworks and the chases start. At about three seconds in.

Daniel Craig gives us a genuine hard man, rather than the playful, tricksy performances of Brosnan, Moore and, up to now, acknowledged ‘best Bond’ Sean Connery. The supporting cast is top-notch; Judy Dench as ‘M’, Ralph Fiennes, Ben Wishaw creating a fresh version of MI6 quartermaster ‘Q.’ If there’s one let-down it’s the camp antics of Javier Bardem, so scary in No Country For Old Men, in this he’s going for Silence of the Lambs bonkers under another daft haircut. Bleached blond quiff is not Bardem’s thing. If only we could have got Fassbender before Prometheus. Now there’s a Bond villain. And is there just an undercurrent of homophobia in Bardem’s queasy exchanges with Bond?

The plot is, of course, the usual cod-espionage hokum that has nothing to do with spies. It makes more sense than Quantum or any of Brosnan/Moore’s long-winded but essentially end-of-civilisation-as-we-know-it yarns. The Cold War is over, the War on Terror discredited, we’ve had the Bankers as the bad guys, so in 23 films, it’s all been done. So Mendes has to find a way to do it all again with style. And does he? Yes he does – for a full two hours twenty-five.

The chases again aim to out-Bourne Bourne and mostly succeed. There’s a lack of Bond girls except for La Dench, but frankly she’s more than enough. And if you still find yourself glued to Goldfinger on TV on a Sunday afternoon, you will bounce in your seat with glee at the sight of a silver Aston Martin.

By the end, we have come full circle. Craig’s Bond completes his apprenticeship and all the classic elements of Fleming and five decades of movies settle into place. Question is, who and what next? SC