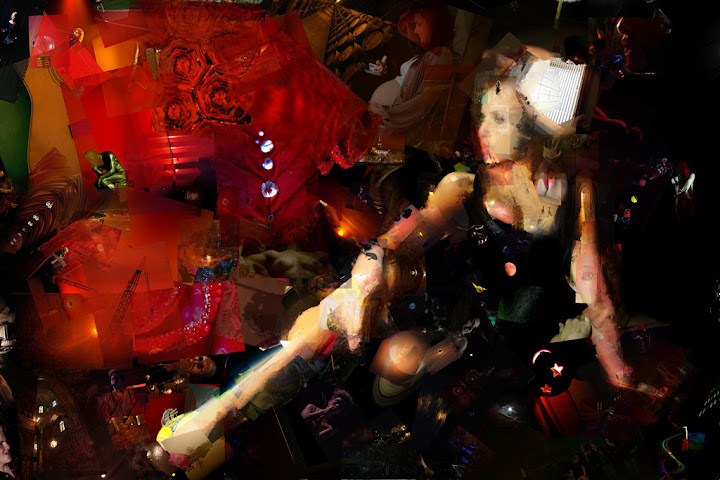 Elspeth and Evan don’t post any personal information to their Flickr photostream, but from what I can deduce they are a couple of well-travelled Australians with a nice line in photography.

Take a look at their space on Flickr and you will find a portfolio spanning 2008-2010, which is a mixture of conventional photography and digital collage. 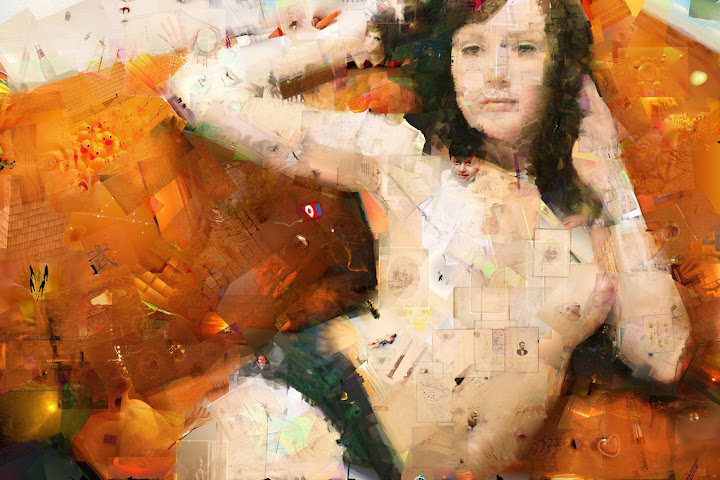 I was immediately drawn to the set Something More

Evan wrote:
“These are my latest photo-collage experiments.

In mid 2009 I rewrote my software for generating these images to facilitate more generic transform implementations. I also created a GUI to help organize my work.

Work on images and the code is ongoing.”

You will see the digital photo-collage technique pulls a huge number of Creative Commons licensed images to incorporate into the two E’s own master images. All the original artists works are credited, which is as it should be. 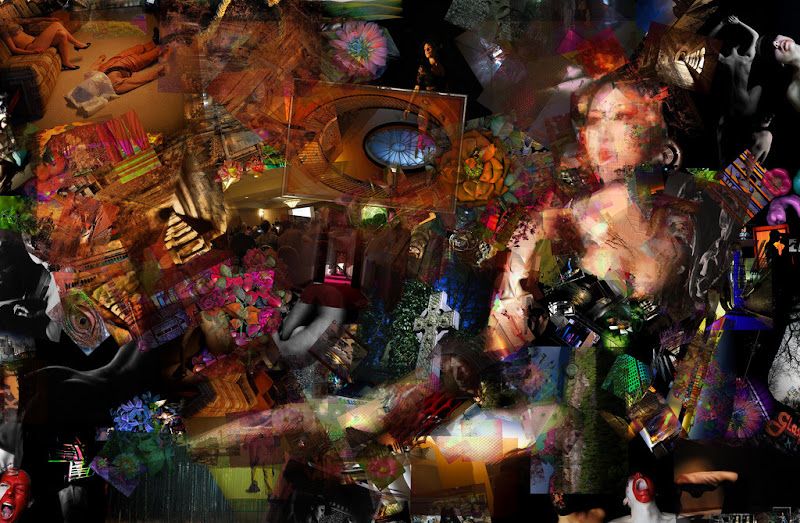 You can see some development of Evan’s technique, as in the set Synergy. The image Amy includes the caption:

“I have been experimenting with color transforms for the placed images. Here is the first effort with modified HSB parameters.”

You can also see some of the works as they progress – the set Synergy includes a couple of videos which are slideshows of versions and artefacts produced by the digital collage software. RC

Robin Catling gained degrees in both arts and technology which led to a diverse portfolio of employment. A freelance systems analyst, project manager and business change manager for the likes of American Express, British Airways and IBM, he moved on to web design, journalism and technical authoring. He has also worked in film and television, both behind and in front of the camera, including productions by Steven Spielberg, Martin Scorcese, Ron Howard and Ridley Scott. A qualified three-weapon coach, he runs West Devon Swords teaching sports fencing to all age groups, and in recent years qualified with the British Federation of Historical Swordplay to teach medieval and renaissance combat in the Historical Western Martial Arts.
View all posts by Robin Catling »
« Review: Brighton and Hove Artists Open Houses 2012 [Part 1]
Review: Brighton and Hove Artists Open Houses Christmas 2012 [part 2] »

2 thoughts on “Photography: Elspeth and Evan”