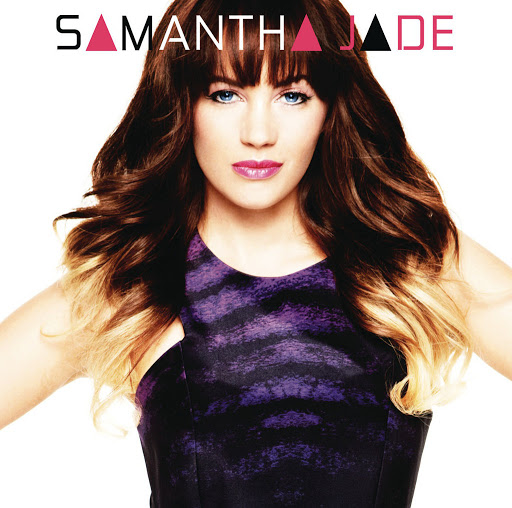 The debut album from Samantha Jade follows the 25 year old’s journey through Australia’s X-Factor final. Featuring re-recorded studio tracks of some of Samantha’s performances on the show including UFO, Breakeven, Wide Awake and Free Fallin’, as well as recordings of her standout performance and number #1 iTunes song, Heartless and her winning single, What You’ve Done To Me.

Well, well. Samantha Jade is the Australian Kelly Clarkson, winner of their X-Factor talent show, a pretty pop-poppette with a decent voice and a new album recorded, apparently, in two days to capitalise on the win. Only one problem; she’s not got the expressive range or the charisma to be a Clarkson. Or Britney, or Rihanna, or Katy Perry.

Recording her X Factor scores must have seemed like a sure fire winner, but compared to the solid-gold originals, seems now like a poor management choice.

Jade acquits herself well enough through this collection entirely of covers, giving respectable, if forgettable renditions. She warbles through the uptempo numbers, sounding like one of those rent-a-vocal voices that producers put over some synth lines and drum machines for an Ibiza dance track. Hm, like David Guetta perhaps, who she worked with during her US attempt to get famous before an ignominious return home and X-Factor. What You’ve Done to Me motors along perfectly well as a bit of sparkly electro; lyrically unremarkable, light-weight disposable pop.

Heartless (original by Kanye West) is a power ballad with orchestration, a cut-price Bond theme, where Jade’s voice seems to be helium-filled, with a lot of vibrato.

Wide Awake is a cover of Katy Perry’s single from last year, adequate enough, but lacking Perry’s force of personality (if you can say that about Smurfette and the weird half-deer, half-alien woman from that pop video – but Perry can sing more than a bit).

Free-fallin’ (Zoe Badwi, note title with a laid-back apostrophe) is another identi-kit dance track. The Tom Petty song of the same name would have been more challenging.

Every Time is a cover of a familiar ballad made famous by Britney and another demonstration of why you shouldn’t go up against big-name International artists by covering recent hits. Britney may have given up proper singing in favour of auto-tuned mega-production, but by comparison, Jade’s voice seems lightweight and shallow.

Run to You (Whitney Houston) goes all Christina Aguilera in its’ vocal stylings, with an odd production that really puts her warbling voice somewhere back in the eighties.

Scream is borrowed from Usher as a straight daytime radio remake. UFO (Sneaky Sound System) is a repro’ knock-off which works only if you don’t remember the original.

Jade then falls into the trap of covering a recent Clarkson song – Stronger – and falls badly in the comparison. The backing track is second rate and Jade doesn’t hit you in the face with a fist of pure energy like pocket-rocket Clarkson.

Where Have You Been is a Rihanna song that seems to have been speeded up to save an extra studio hour. Breakeven belongs to the Script and it was just as irritating when they did it.

Credit where it’s due, as albums go, it’s a solid selection of narrative songs, like them or not. But each time, Jade falls short in comparison to recent originals by global superstars. We’ve yet to hear what she can do interpreting some original material. We’ll have to see what the ‘difficult second album’ brings. SC

Sue Corsten is a film and TV make-up artist based in the UK.
View all posts by Sue Corsten »
« Review: Warwick Castle
News 27 Dec 2012 »