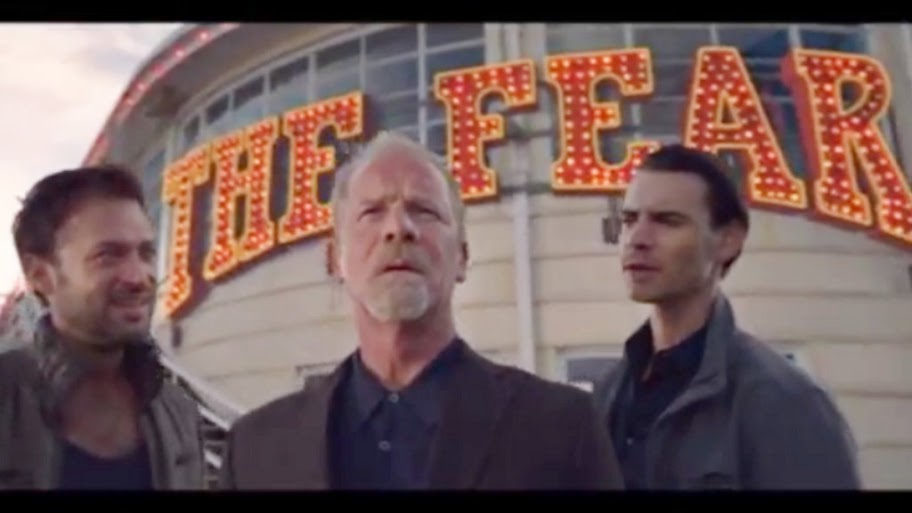 Imagine a mature career criminal, his legitimate businesses fronting long-time rackets, property developer; a pillar of the community; charitable donor. Behind the respectable family man, a history of violence and a drink problem. Now imagine he develops early-onset dementia. Add the incursion of savagely violent Albanian gangs onto his turf, threatening everything he had built up.

This is the premise of The Fear, Channel 4’s supremely dark and edgy four-part crime thriller. The one we’ve waited for all year.

Peter Mullan dominates the screen with the performance of the year as Ritchie Beckett, an old-school Brighton gangster who finds his short-term memory is shot, he has mood swings, violent outbursts and whole blank spells.

Add ruthless Albanian gangs on his case thanks to the gangster pretensions of younger son Cal (Paul Nichols), trying to make a deal with the Devil.

We’ve had gangsters with depression – drama The Sopranos set the bar very high. Now in a taut script by Richard Cottan brilliantly directed by Michael Samuels, this is the gangster as you’ve never seen him.

Every out of focus shot, each distorted audio, every close up on Mullan’s weathered face (and there are many) put us into Ritchie’s private hell as his mind breaks down in the worst possible way for a man of his character.

Physical danger he faces without flinching. Initially in denial, control-freak Ritchie struggles to cope with the idea of slow mental decay and loss of self. The hardest of hard men disintegrates as we watch. As Ritchie comes to realise the true horror of his condition, his is the fear.

The Fear is not for the faint-hearted. It explodes into fierce violence, assaults and retribution. Mario Puzo’s Mafia would leave a horse’s head in the bed. These Albanians leave a young woman’s severed head and arm in Cal’s bed, the rest of the body held as blackmail against the family.

Cal (Eastenders Paul Nichols in an overheated performance), the boy who would be king and a player, is out of his depth. Matty (Harry Lloyd from Doctor Who and Game of Thrones in a magnificently restrained performance), quietly spoken, well-educated and gay, has the brains but not the ambition.

Yes, there are some tense stand-offs that tip over into cliché; we’re transported to a stylised version of my old home town Brighton, with Brighton Rock casting a long shadow. The plot crumbles into Guy Ritchie territory toward the end; and Richard E. Grant’s creepy doctor belongs in a different production.

But The Fear is a triumph. Catch it on 4oD while you can. RC

Robin Catling gained degrees in both arts and technology which led to a diverse portfolio of employment. A freelance systems analyst, project manager and business change manager for the likes of American Express, British Airways and IBM, he moved on to web design, journalism and technical authoring. He has also worked in film and television, both behind and in front of the camera, including productions by Steven Spielberg, Martin Scorcese, Ron Howard and Ridley Scott. A qualified three-weapon coach, he runs West Devon Swords teaching sports fencing to all age groups, and in recent years qualified with the British Federation of Historical Swordplay to teach medieval and renaissance combat in the Historical Western Martial Arts.
View all posts by Robin Catling »
« News 27 Dec 2012
Review: Brighton and Hove Artists Open Houses Christmas 2012 [part 3] »