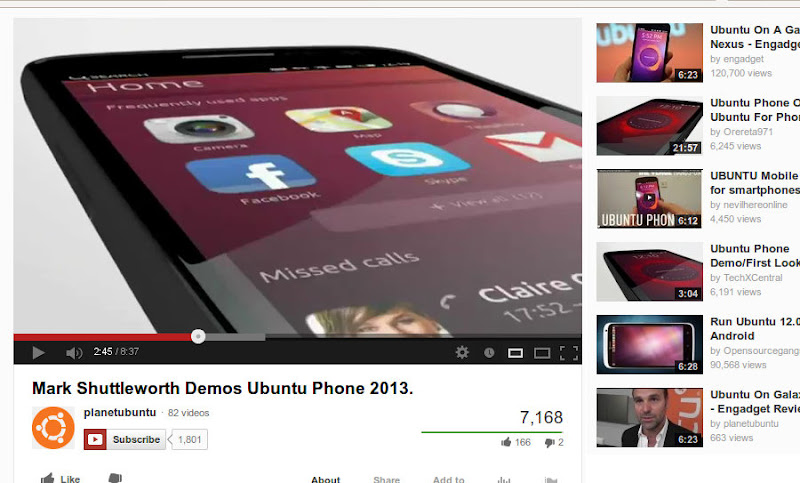 In a glossy, well produced (if slightly long 8mins 37secs), Canonical founder and CTO Mark Shuttleworth talks us through Ubuntu Phone, a product he hopes will challenge Ios, Android and now Tizen in the mobile market.

We wait to see how this new entrant goes down at the CES Show in Las Vegas.

Some of the key features:

Robin Catling gained degrees in both arts and technology which led to a diverse portfolio of employment. A freelance systems analyst, project manager and business change manager for the likes of American Express, British Airways and IBM, he moved on to web design, journalism and technical authoring. He has also worked in film and television, both behind and in front of the camera, including productions by Steven Spielberg, Martin Scorcese, Ron Howard and Ridley Scott. A qualified three-weapon coach, he runs West Devon Swords teaching sports fencing to all age groups, and in recent years qualified with the British Federation of Historical Swordplay to teach medieval and renaissance combat in the Historical Western Martial Arts.
View all posts by Robin Catling »
« Review: Sherlock Season 2 DVD
How to: Deal with Blushing »