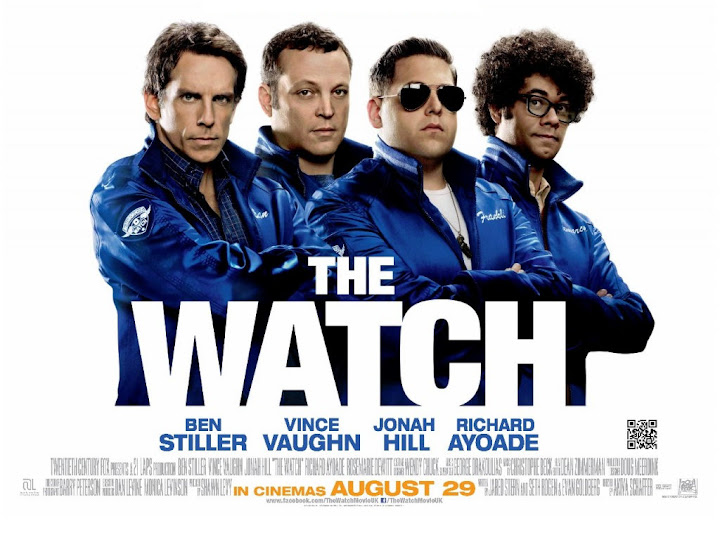 Repeated willy gags with profanity every thirty seconds does not a goof-ball sci-fi comedy make.

Remember when Ben Stiller was funny and Vince Vaughan was a proper actor? Before hubris and extreme laziness set in?

If I admit that Stiller (Something About Mary, Mystery Men) was ideal as the obsessive compulsive retail manager (recalling Richard Briers in Ever Decreasing Circles?) and if the movie had stuck to the comic set-up of Stiller, Vaughan, Jonah Hill and Britain’s own Richard Ayoade (IT Crowd) as the inept neighbourhood watch in small-town America, this could have been a well-crafted screw-ball farce.

Intended as a satire of sci-fi such as Predator, Critters, Independence Day, Slither and any number of others, this could still have worked. The CGI aliens are very well done, the visual effects and action well executed.

And it’s still not funny.

Don’t watch The Watch. Get Attack the Block instead. RC

Robin Catling gained degrees in both arts and technology which led to a diverse portfolio of employment. A freelance systems analyst, project manager and business change manager for the likes of American Express, British Airways and IBM, he moved on to web design, journalism and technical authoring. He has also worked in film and television, both behind and in front of the camera, including productions by Steven Spielberg, Martin Scorcese, Ron Howard and Ridley Scott. A qualified three-weapon coach, he runs West Devon Swords teaching sports fencing to all age groups, and in recent years qualified with the British Federation of Historical Swordplay to teach medieval and renaissance combat in the Historical Western Martial Arts.
View all posts by Robin Catling »
« Opinion: Gaming the System [Guest Post]
Review: Pink Roman Holiday Reloaded – Nicki Minaj »