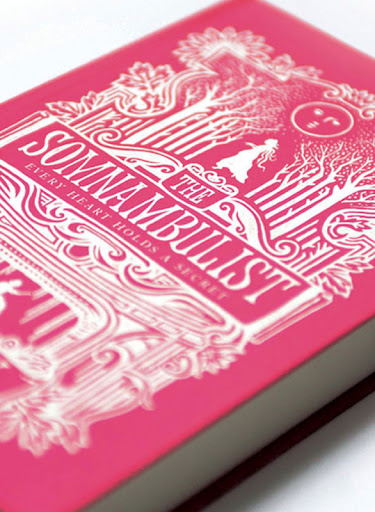 Some say Millais’ painting The Somnambulist represents Wilkie Collins’ 1860 hit The Woman in White. Others think it was painted to celebrate a famous opera called La Sonnambula. Whatever its origins, its Gothic aura is key to the plot and tone of Essie Fox’s novel, which revolves around themes of death, despair, madness and the dichotomy of good and evil.

This all sounds rather magnificent, but if writing could be compared with painting, this novel was finished in watercolour when it should have been in oil. The end product is average.

Phoebe Turner resides with her pious widowed mother Maud and her beautiful singer aunt, Cissy. After one of Cissy’s shows, Phoebe catches her in a secret rendezvous with surly-faced stranger, Nathaniel Samuels. When Cissy commits suicide and Phoebe is sent to Dinwood Court as a companion to Samuels’ mentally disturbed wife, dark secrets begin to unfold.

At pains not to overdo the Gothic, this novel suffers from simplicity. Characters are borrowed from Victorian literature’s finest and narrowly escape becoming caricatures. Nathaniel Samuels is a cross between the choleric, dark-browed romantic heroes of Emily and Charlotte Bronte and a misrepresented Collins villain.

Maud is a recycled figure – the unsympathetic, devout Christian, who puts faith before humanity. Cissy is the downtrodden free spirit – a singer who oversteps the boundaries of Victorian society professionally and privately – and has her happiness destroyed by social intolerance.

Phoebe is an engaging narrator. Fox revels in the Victorian style, keeping her own accessible to a twenty-first century reader. The appendix recommends Victorian titles and describes the real-life places featured in the novel, as if to emphasise that nineteenth century fiction has had a profound influence on her writing.

Although her novel is unchallenging and the plot disappointingly predictable, Fox does play around with structure, skipping into the future instead of narrating the story chronologically and filling in the temporal gaps with delayed narrative. We’re kept on our toes when a purely chronological account would have lost our attention. An occasional glimpse of Samuels’ point of view adds to the variety.

The Somnambulist is a fairly enjoyable read. You will learn a thing or two about Victorian London, if nothing else. VP