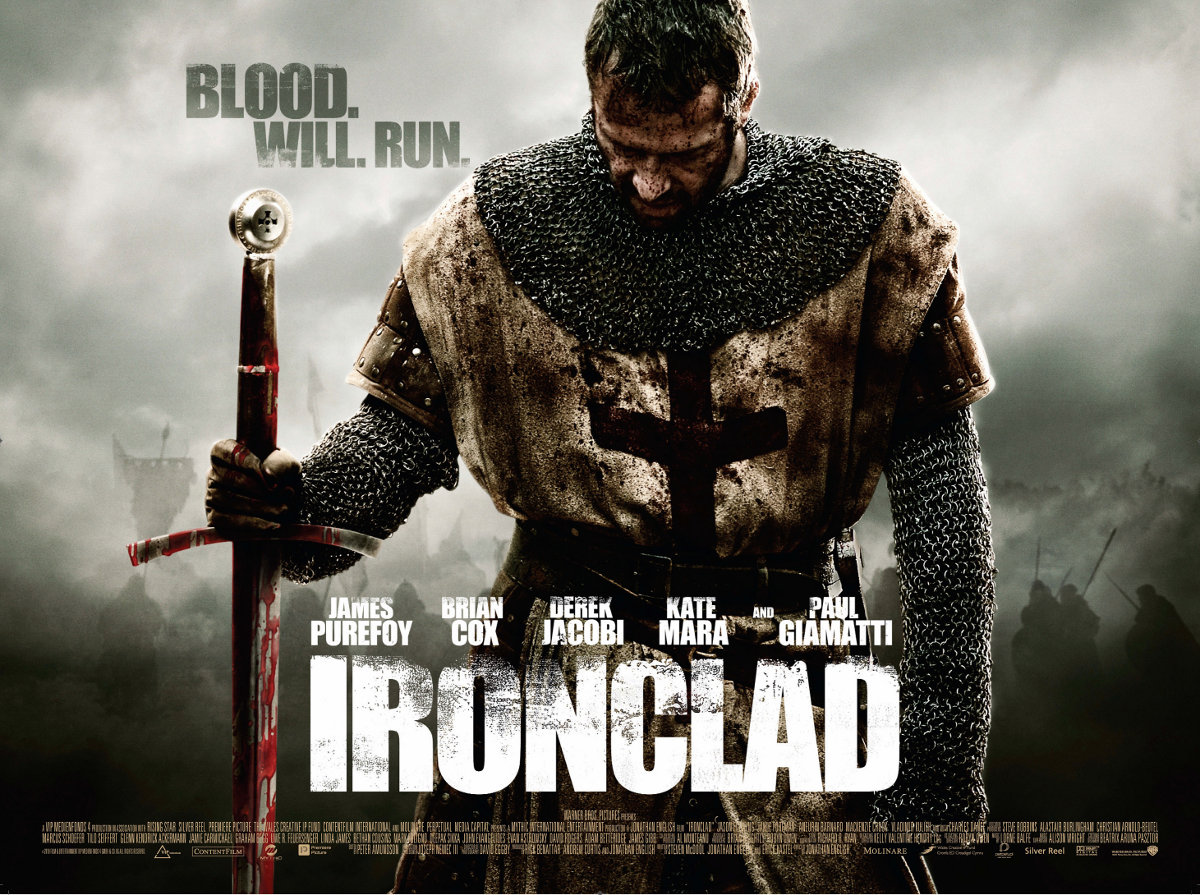 R-rated, drenched in blood and gore, and yet it still feels like overgrown boy scouts playing in the dressing up box but with sharper toys. Despite allusions to The Alamo, Battle of the Bulge, and just about every Samurai movie you can name, it’s closer to King Arthur, Centurion, The Eagle and John McTiernan’s equally daft Thirteenth Warrior, but it’s still no Seven Samurai or Gladiator.

Based on, or at least inspired by, the historical siege of Rochester Castle, Ironclad lacks a decent budget or script, instead it goes for buckets of blood and much testosterone-fuelled growling. When the King’s Danish mercenaries slap on the blue woad, you realise you’ve been watching the English Braveheart all along.

Most of the CGI castle stands up in a misty English landscape – better than the script which takes an interesting view of Magna Carta; framed as the Declaration of Independence, no doubt for American audiences – not that they would understand the accents if they caught this.

The mud is real, the rain clearly is not. The dirt and blood is liberally splashed about, yet everyone in Medieval England has good teeth.

Purefoy does well in an under-written part as the disillusioned crusader, showing just where Nicholas Cage went wrong in Season of the Witch. As the titular hero and man of even fewer words than in Solomon Kane, gets even less screen time than immaculate leading lady Kate Mara (Shooter, House of Cards).

Strictly a genre movie for swords and axe fans, it has a few visceral fight scenes and a lot that is just exploitative and tacky, for which no worthy sentiments or Sands of Iwo Jima moments can adequately compensate.

Robin Catling gained degrees in both arts and technology which led to a diverse portfolio of employment. A freelance systems analyst, project manager and business change manager for the likes of American Express, British Airways and IBM, he moved on to web design, journalism and technical authoring. He has also worked in film and television, both behind and in front of the camera, including productions by Steven Spielberg, Martin Scorcese, Ron Howard and Ridley Scott. A qualified three-weapon coach, he runs West Devon Swords teaching sports fencing to all age groups, and in recent years qualified with the British Federation of Historical Swordplay to teach medieval and renaissance combat in the Historical Western Martial Arts.
View all posts by Robin Catling »
« Opinion: Losing the Human Right to Delete [Guest Post]
Humour: “Intaxication” »