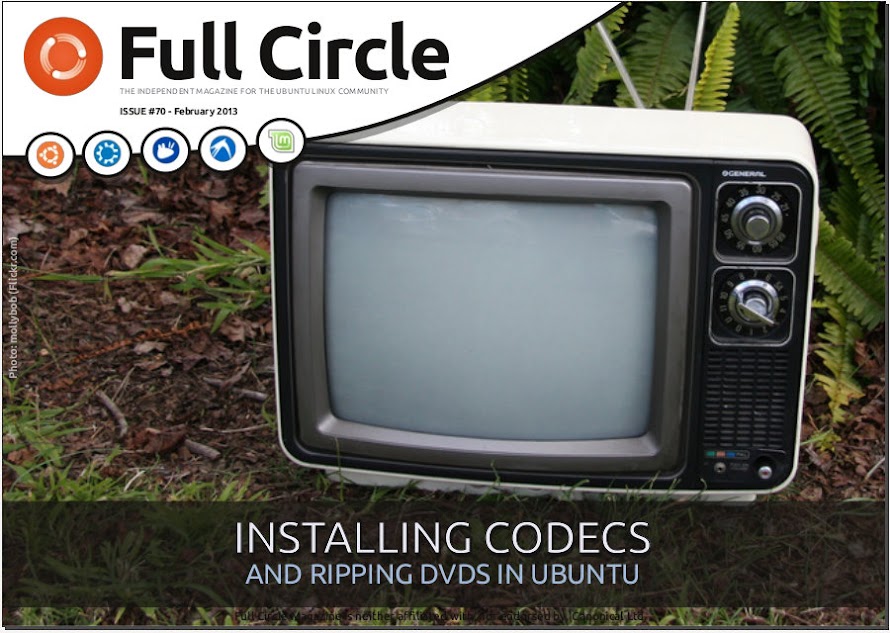 Get it while it’s hot!

This month, we have the usual Python, LibreOffice, Inkscape and Blender How-To’s. Joining them is an interesting HowTo on cron jobs. In other words: a script to do something on a particular day or time. In this month’s Linux Labs, Charles looks at the strange world of DVD drives. Do manufacturers really hold back drive speeds? And for this month’s review, we have Lucas telling us all about his new HTC One S phone.

You can also read Full Circle online at: http://issuu.com/fullcirclemagazine

Related: Full Circle Side-Pod Episode 13: That’s How it Feels To Be Wrong

Robin Catling gained degrees in both arts and technology which led to a diverse portfolio of employment. A freelance systems analyst, project manager and business change manager for the likes of American Express, British Airways and IBM, he moved on to web design, journalism and technical authoring. He has also worked in film and television, both behind and in front of the camera, including productions by Steven Spielberg, Martin Scorcese, Ron Howard and Ridley Scott. A qualified three-weapon coach, he runs West Devon Swords teaching sports fencing to all age groups, and in recent years qualified with the British Federation of Historical Swordplay to teach medieval and renaissance combat in the Historical Western Martial Arts.
View all posts by Robin Catling »
« Opinion: What we remember of Fencing at the Olympics [Guest Post]
Review: The Queen’s Fool – Philippa Gregory »