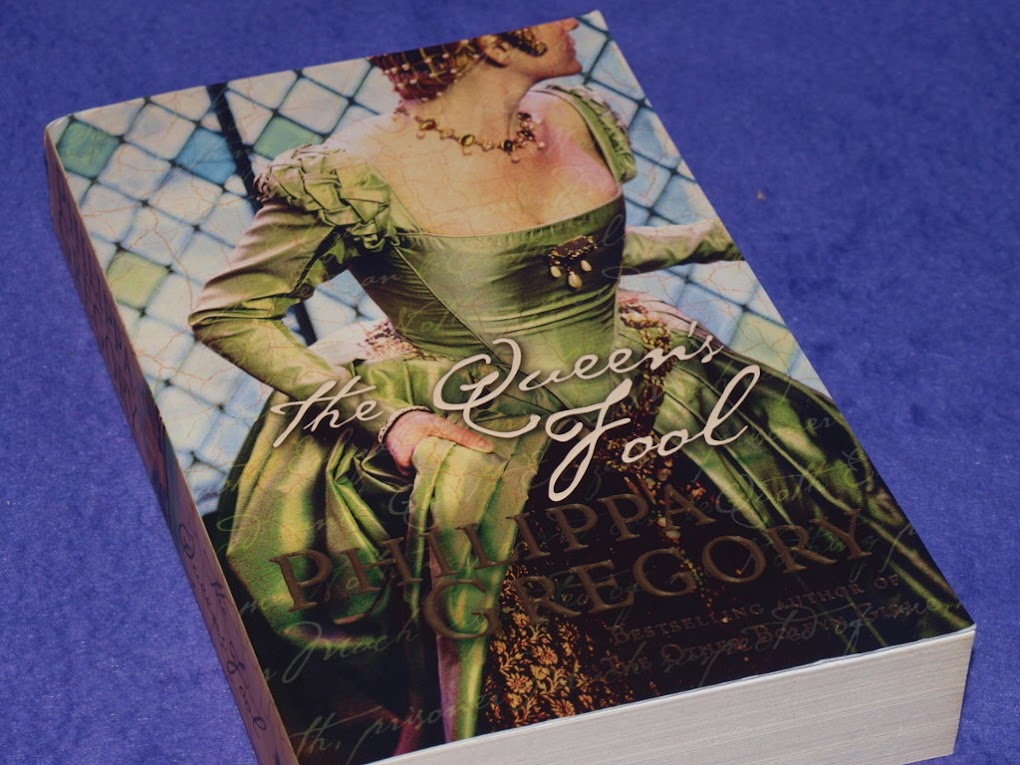 Hannah Verde is a Spanish refugee, with an unusual gift: the power of the Sight. Her mother was burned at the stake for being a Jew, and Hannah and her father have escaped to England, seeking sanctuary by posing as Christians. Working as printers, they encounter customers of a high social class, including Robert Dudley (Elizabeth I’s lover-to-be) and John Dee, who recognises Hannah’s potential as a seer. They whisk her off to join Dudley’s household.

Robert sends Hannah as a court fool to spy on Princess Mary and Hannah spends most of the novel sitting on the fence between Protestantism and Catholicism, keeping face with Robert, Elizabeth and Mary whilst protecting her identity as a Jew.

The Queen’s Fool is about the fragility of court favour, with feminist undertones. As a fool, Hannah has more social mobility and freedom of speech than most citizens, which is ideal for fiction, and she can enjoy more privileges thanks to her male attire. But this oasis in her life will have to end – she is a woman, bound by the prejudices of her time. Her marriage to fellow Jew Daniel Carpenter drags her back to convention, and is more disappointing because she has enjoyed a man’s privileges and so fully understands what she will be missing.

Unusually, the novel is sympathetic towards Mary, who is portrayed as a good, pious woman, influenced by her husband Philip of Spain and the Spanish Inquisition into burning heretics. Gregory has far less sympathy for Elizabeth, who is artful, scheming, clever, always plotting and always watching her back. Like Anne Boleyn, Elizabeth does not balk at stealing another woman’s husband for personal gain, and Mary is the victim of this, just as her mother was.

The novel is built around the theme of disguise, a wry observation on court life. Only through disguise can you get anywhere in court. Certainly, by changing her identity, Hannah has unusual access to court life, and we have access to a fascinating tale. VP

The Queen’s Fool by Philippa Gregory is a 2004 historical fiction novel. Set between 1548 and 1558, it is part of Philippa Gregory’s The Tudor Court series. The series includes The Boleyn Inheritance.

Related: Review: The Lady of the Rivers – Philippa Gregory