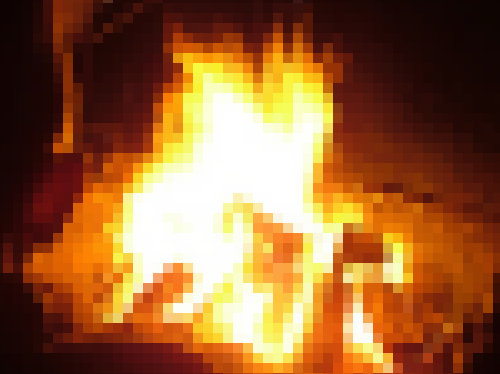 More thoughts and reflections on the digital realm from Paul Levy, founder of CATS3000 and Rational Madness. First posted under The Death of Privacy at Digital Inferno.

In the Digital Inferno, privacy is one of the major battlegrounds between individual and corporation. It’s a war taking place largely without the conscious and active participation of the majority of humanity, most of whom are sleepwalking into the loss of most of their privacy.

At the heart of many of the large corporations is a zealous wish for the walls of individual privacy to come crashing down. These zealots largely claim that this removal of privacy will heal the world by joining us all together in a new family of pure openness. Heaven on earth.

In the spiritual development of humanity, one might imagine that us all being more open with each other might be a benevolent thing. When we put up walls to keep others out, we also brick ourselves in. Doesn’t privacy divide? Doesn’t openness and sharing bind us all together in ways that enhance the notion of the linked human family? Doesn’t privacy disconnect and doesn’t openness connect? Aren’t open work places what we all want (at least behind the firewall)?

Recently Facebook’s God, Mark Zuckerberg, launched Facebook “Home”, a new interface for smart phones. He claimed that it will put “People” not “Apps” (Applications) at the heart of the “mobile experience”. Various commentators have expressed horror that this will mark the death of privacy as the corporation uses this apparently benevolent attempt at openness to “Data mine”. (Find out what you are up to specifically in order to target you with adverts).

What was particularly telling was Zuckerberg’s statement that one of the main things humans want to do is be very connected into the big wide world. That’s his assumption. Is it yours?

Is that what primarily drives you? If so, then privacy might well limit you. If it isn’t your prime aim in life, or even for the rest of today, then you might just want to be careful before giving up your privacy.

Privacy isn’t just along a line of openness and closedness. It isn’t only about what is hidden or revealed. Privacy is also connected to our inner life. Privacy is part of our inner health and well being. Our wish for it is there for a reason.

Sometimes our inner world is a place where things seem even hidden from us, and only reveal themselves at certain times – not always the right time! A slightly difficult term to use these days is the word “Sacred”. Let’s use it to mean “of vital value to us”, of priceless value, special and often something we keep close to our hearts. Our sacred space is often our private space. Our “alone time” is often sacred to us. We often keep things secret because they are fragile or because we intuitively know they are brewing inside us. Sometimes we suppress things from ourselves in order to deal with them when we are more able. If you expose something too quickly to the light, it won’t develop – try it with some camera film. If you take something too quickly out of the oven, it won’t rise. Privacy is often sacred to us, because it guards precious and fragile aspects of our lives, our families, and deeper parts of our selves, that need to develop over longer periods and will be harmed, diminished or even destroyed in too much light. Much of our privacy is part of our mystery, our story over years that needs time to reveal and be told. Too many clues and the novel is ruined, the story spoiled. At work, good and innovative ideas often develop in quiet, out of public scrutiny.

We also put things into our private realm because we want to try to forget them. Forgetting creates space, at least in our immediate consciousness for newness, for a new page. It’s like clearing the decks – we don’t need them to be too glaringly available on our line of time. Clumsy social media platforms refuse to allow us to put our past into real privacy, archiving rather than deleting, and, even worse, putting them onto storylines and timelines that constantly bring our wish-to-be-forgotten memories into, not only our awareness, but also the awareness of the public.

One way this is maintained is through a development in recent years that creates a kind of tiredness in people to resist or undo it. It is the notion that the new “default” state of our lives is public, rather than private. We are now sold houses with the windows and doors wide open and a “come on in” sign posted at the gate, with the keys hard to get from the agent. It is for us to close and lock the doors and take down the windows. And, as soon, as we make any kind of change – perhaps add a new room, the default of public and open, reasserts itself and we have to lock it all up again. And, whenever we decide to do that, we are asked several times at each stage: “Are you sure”? “Are you really sure”? And even when we do delete or try to set to private, the search engines forget a lot more slowly, if at all.

Even when we lock the door and bolt it, various adverts start to fly through the letter box. If we say yes to any of those and don’t tick the right (and very tiny) “no” box, the openness defaults all start up again. And again. And Again.

It becomes less tiring, easier to just keep the doors open. My mother was recently shocked to discover that all of her photos are on public view whenever she posts them online. How do I stop it, she asked? Hmm… PL