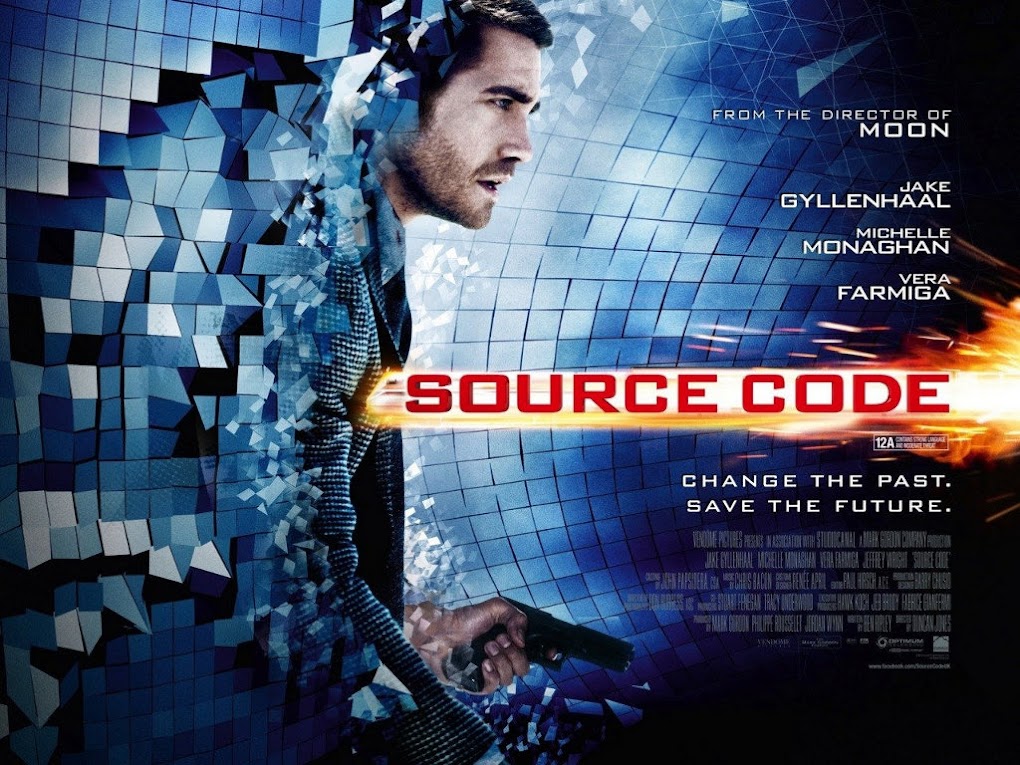 Duncan Jones’ superb high-concept second feature eventually sinks under the weight of its’ own pseudo-science nonsense, but not before Jake Gyllenhaal turns in a star performance.

Implanted into a dead man’s last eight minutes of life, air-force pilot Colter Stevens (Gyllenhaal) has to find a terrorist bomber on a train in order to stop an even worse atrocity; over and over until, like Groundhog Day, he gets it right.

Following the success of Moon, Jones sets about Source Code with ambition and self confidence for this sci-fi action adventure that sits somewhere between a virtual reality and time-travel thriller.

Think of it as the most expensive Twilight Zone/Outer Limits episode ever, with a convoluted structure and several ‘future shock’ twists before the end. Like all other time-travel thrillers – Denzel Washington and Tony Scott’s near-twin movie Deja Vu, or Ben Affleck’s Paycheck – neither the science nor the plotting stay on the rails longer than the first horrific train wreck.

Gyllenhaal (Prince of Persia, Hurt Locker) does a phenomenal job of the Quantum Leap style implant into another man’s life, each time getting closer to unveiling the bomber’s identity whilst trying to unravel his own past and present.

Gyllenhaal  is well served by Vera Farmiga as his handler, Goodwin, while Michelle Monaghan gets the thankless job of being good and pretty as the woman he wants to save. Jeffrey Wright is the stock callous scientist heading the Source Code programme, Routledge; uneasily for us, the character is both black and disabled.

It’s a difficult movie to describe any more than this without massively plot-spoiling. Even though Jones inverts the usual Hollywood blockbuster structure, with the biggest bangs at the beginning and the quiet, reflective ending, you can see where this train is heading from the start – and I don’t mean Chicago, which features as a massive backdrop.

There are some excellent intimate scenes between Gyllenhaal and Farmiga, Gyllenhaal and Monaghan; and the sleuthing episodes on the train are fine Hitchcock homages of tension and suspense; a confined space and an Orient Express roster of a few suspects. It’s gritty and raw in places as Jones refuses to soften the edges of even this fictionalised War on Terror.

The biggest let-down is the utter nonsense of the central premise. Routledge merely hints at neuro-science and quantum physics so that Jones doesn’t have to explain anything in detail, but still the whole thing bumps into a stack of parallel universes and time paradoxes and the whole Jenga stack comes crashing down mere minutes in. By the final act, it’s reduced to match wood.

Source Code, despite this silly concept and sillier title, rattles along the train tracks with engaging performances and some unexpected set-pieces, the otherwise intelligent and sensitive script executed with style and pace by Jones.

That it works at all is down to Monaghan, Vera Farmiga and especially Gyllenhaal. It may not be Inception, but it’s the longest eight minutes you’ll have the pleasure of sitting through, over and over, for two hours.  RC

Robin Catling gained degrees in both arts and technology which led to a diverse portfolio of employment. A freelance systems analyst, project manager and business change manager for the likes of American Express, British Airways and IBM, he moved on to web design, journalism and technical authoring. He has also worked in film and television, both behind and in front of the camera, including productions by Steven Spielberg, Martin Scorcese, Ron Howard and Ridley Scott. A qualified three-weapon coach, he runs West Devon Swords teaching sports fencing to all age groups, and in recent years qualified with the British Federation of Historical Swordplay to teach medieval and renaissance combat in the Historical Western Martial Arts.
View all posts by Robin Catling »
« Art: Artists Open Houses 2013 First Weekend
How-to: Understand Hay Fever [Re-post] »