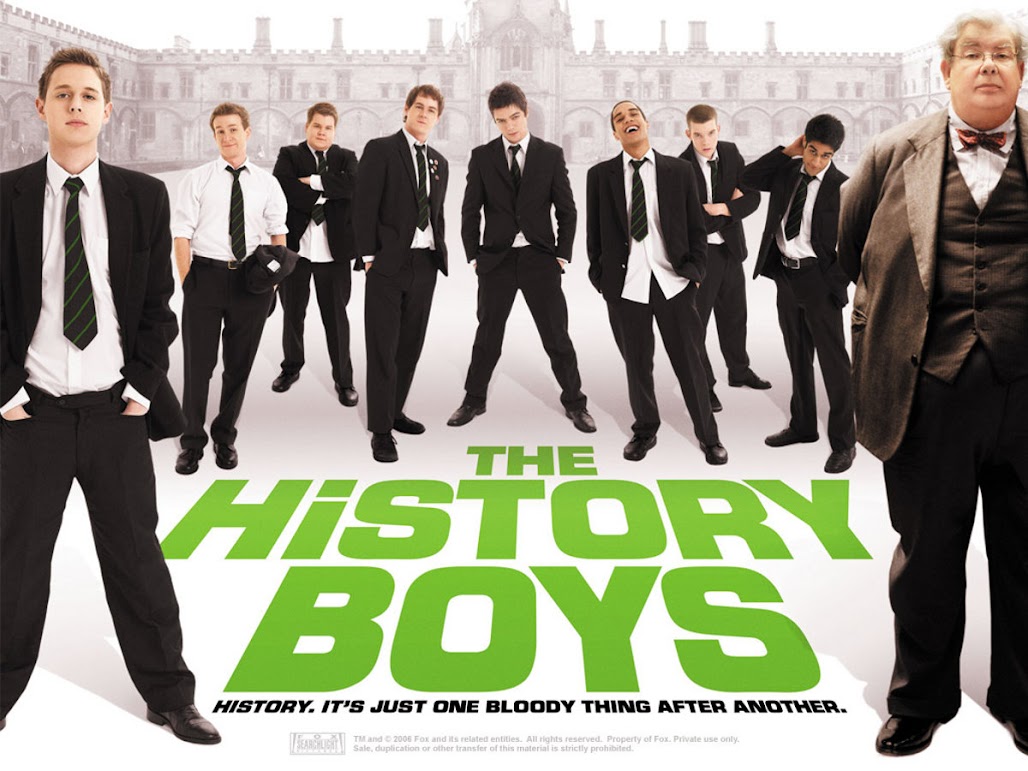 A peculiarly British Dead Poets Society in a throwback to 80’s Bill Forsyth movies: Nicholas Hytner’s stagey adaptation of Alan Bennett’s own West End and Broadway hit is less than the sum of it’s admirable parts.

In a companion-piece to Forty Years On, Bennett goes back to school, as eight working-class Northern boys aim to escape Sheffield for the dreaming spires of Oxbridge. Bennett’s exuberant and hugely talented students try to avoid the disappointments of their tutors in this faithful version of the award-winning play.

It’s a play full of questions. What is education for? Who is it for? And are the subjects taught and examined what anyone needs for academia or life beyond? Add to that Bennett’s perennial themes of identity, adolescence and sexuality and it seems there’s an awful lot of men and boys in closets in 80’s Sheffield.

Nicholas Hytner’s (Center Stage, The Crucible, The Madness of King George) mechanical edit is oddly flat and stilted, a nostalgic time-capsule of 80’s aspiration and disillusion that harkens to Brit-flicks even earlier than 1983.

The oldest teenagers in town include fresh-faced Russell Tovey (Being Human, Him and Her), Dominic Cooper (An Education, The Duchess), James Corden (Gavin & Stacey, The Three Musketeers), Samuel Barnett, plus frankly token Asian and Afro-Caribbean faces. Crass, unruly and aimless, they are nonetheless the best surrogate hope for Cambridge for their ambitious snob of a headmaster (stalwart Clive Merrison).

Hector teaches poetry, movies, pop culture and learning for its own sake; Irwin represents the Thatcherite results-driven society, teaching how to beat the college entrance regime by playing the system. A scandal for Hector and looming retirement for both he and Lintott in the twilight of their careers only undermines the boys attempts to enter the top universities.

There’s much to admire in The History Boys; in the ensemble scenes, the largely original cast bring the enthusiasm and energy from the live show. Griffiths is both inspirational and pathetic as Hector. Tovey, Corden and Cooper display their early talents, but it’s Barnett as Jewish and gay outsider posner who steals the show. Some of the low-key dialogue scenes contain some of the best micro-acting you’ll ever see; de la Tour and Griffiths, Cooper and Campbell-Moore

Bennett’s dialogue is by turns dazzling and witty, a gleeful torrent of banter. If there’s a sixth-form anywhere in Sheffield that performed improvised musical theatre in French (funny though it is), I’d like to attend. And fortunately, being British, no one stands on a desk shouting “Captian, my Captain.” It much too reserved and restrained for that.

However, not everything translates smoothly. The movie fails in it’s compression of the play; you don’t get to know all the students, they are mostly precocious and impudent, worse than drama students. Not that they stamp their personalities on us; Posner aside, they are all out-acted by pro’s Griffiths, de la Tour and Campbell Moore. In introspective moments, the script resorts to cod-philosophy and stagey monologues with large chunks of bald exposition thrown in, none worse than the final scene, lifted straight from the stage show, where Lintott and the boys unnecessarily narrate their later lives and careers.

Robin Catling gained degrees in both arts and technology which led to a diverse portfolio of employment. A freelance systems analyst, project manager and business change manager for the likes of American Express, British Airways and IBM, he moved on to web design, journalism and technical authoring. He has also worked in film and television, both behind and in front of the camera, including productions by Steven Spielberg, Martin Scorcese, Ron Howard and Ridley Scott. A qualified three-weapon coach, he runs West Devon Swords teaching sports fencing to all age groups, and in recent years qualified with the British Federation of Historical Swordplay to teach medieval and renaissance combat in the Historical Western Martial Arts.
View all posts by Robin Catling »
« How-to: Secure Your Web-Browser
How-to: Get Privacy in Internet Explorer »