How-to: Being a Background Artiste Pt III – The Upside 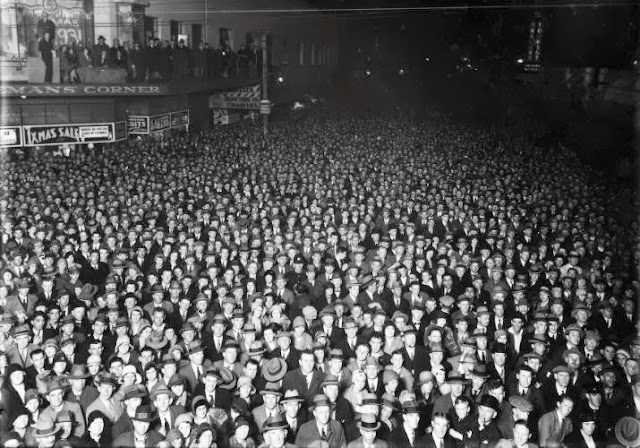 I may have given a very poor impression of the job of Background Artiste in Parts I and II. This was deliberate. Despite what you may think, it is not a job for everyone.

For every short day in a studio on an advert, there’s one location day having the infamous fish and chip incident.

Walking through an empty forest with a bow and arrow only just makes up for queueing for two hours for wardrobe, armoury, hair and make-up, knowing you have to do it all again to go home. And try not to fall asleep in the fast lane of the M3.

Getting a laugh out of the mercurial Russell Crowe just about gets you past the week of night shoots and the plague hospital that is the catering tent in the days after.

Yes, you do sometimes have to concentrate; do some proper acting; laugh, cry, walk, run, dance, cheer; not bump into the furniture, the actors, the camera. Not that easy, as they’re often all moving. At the same time.

Try not to fart. Or sneeze. Or hiccup. Do not laugh. Unless you’re supposed to. Nor do not saw the air too much with your hand, thus, by use all gently, for – hang on, that’s Shakespeare. Good advice, though, given that Barrington’s massive over-reaction to the Snatchers in Potter got cut.

But on the upside…

You can get brilliant jobs like a short day at Wimbledon, meeting a Michelin-starred chef and sampling his food, sipping some very good champagne, meeting world famous players and doing little but eat, drink, sit there and look pretty for the camera. I’m not that pretty. I told you this business is random.

How about listening to Scorcese telling anecdotes about growing up in cinemas in NYC?

Or have a laugh with Dan Radcliffe, Ben Kingsley, or David Morrisey?

Have a chat with the charming Rupert Graves all evening because that’s all you have to do while the real action happens behind you.

Start a conversation with theatre director Declan Donellan because he’s got nothing to do for twenty minutes either, while the crew move his entire film set. And he is one of the nicest people on the planet.

In fact, you could do worse than meet some truly gifted creative people doing the jobs they love over anything else in the world.

Whilst watching Spielberg, Ron Howard and Ridley Scott make magic in the best film school you’ll ever get paid to attend.

Or, if you like, just play, like Mr Ben, in the biggest dressing up box of all. RC

3 thoughts on “How-to: Being a Background Artiste Pt III – The Upside”