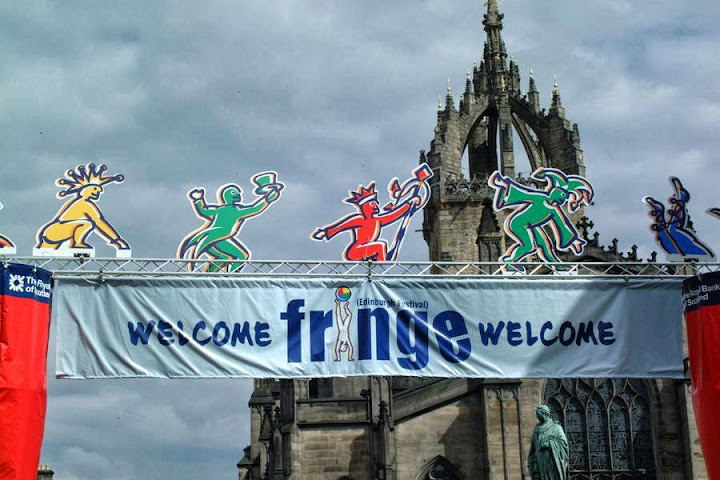 The Edinburgh Festival Fringe – aka The Fringe – is the world’s largest arts festival and takes place every August for three weeks. Last year The Fringe saw a staggering 42,096 performances of 2,695 shows, featuring over 22,000 performers from 47 countries across 279 venues. The Fringe is a big deal for the performing arts, featuring both big names and unknown artists from the worlds of theatre, comedy, dance, music and more.

So where did it all start? The Fringe’s story dates back to 1947, when eight theatre companies turned up uninvited to the Edinburgh International Festival – a celebration of culture in the wake of the Second World War. Not being on the bill didn’t stop the performers, and they staged shows year on year until the Festival Fringe Society was finally set up in 1958 to make this growing trend a formality.

The Fringe is most recognised for its open-access policy, which means that anyone is able to participate in the festival. Many famous names got their big breaks here – including Eddie Izzard, Graham Norton and Derek Jacobi – the latter starring in a very well received sixth-form production of Hamlet when he was only 18 years old. Ricky Gervais also made his stand-up debut at the Fringe in 2001 in the wake of the success of The Office, and returned to the festival in 2007 for a one-off performance of his stand-up show Fame.

The 2013 Edinburgh Festival Fringe will run from 2-26 August and will feature an all-female production of Shakespeare’s Titus Andronicus, a puppetry take on Rumpelstiltskin, and Beating McEnroe – the story of Fringe First winner Jamie Wood and tennis legend John McEnroe – amongst almost 3,000 other shows. You’ll never get to see them all, but one thing for certain is that what you will see will be incredibly varied.

Related: What’s the opposite of a one-hit wonder? [Guest Post]

« How-to: Being a Background Artiste Pt III – The Upside
Review: Recommended Reads from a Century of Children’s Literature Pt I »