Review: Recommended Reads from a Century of Children’s Literature Pt I 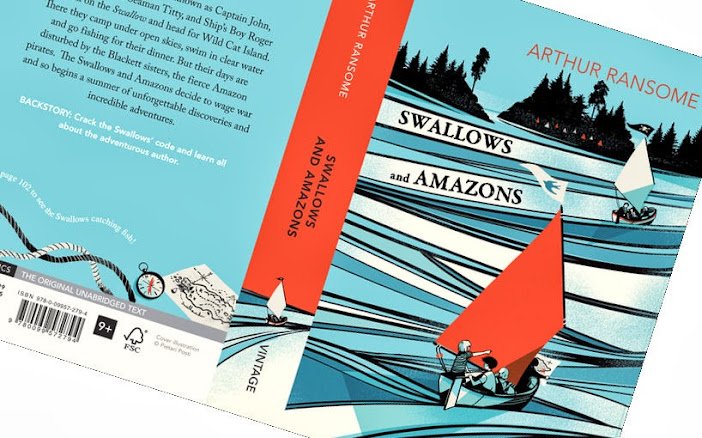 My recommended reads from a century of children’s literature, featuring tales of mystery, adventure and the great outdoors, of magic, fantasy and other worlds, of theatre, ballet and life on the stage… Most will be enjoyed by girls and boys, and a great start to a bookshelf to keep for life.

Some of these authors wrote over many decades, and their characters’ lives are usually firmly rooted in the time in which they were written and set; an urban Edwardian childhood, the reality of war, or ordinary and understandable modern lives suddenly being turned upside down by astonishing magical events. All are beautifully written, evocative and engrossing, with believable stories, characters and relationships that will stay with the child who hears them and then goes on to read them, too.

Malcolm Saville
Malcolm Saville’s mystery adventure series featuring the friends of the Lone Pine Club begins with an exciting World War Two spy adventure Mystery At Witchend and concludes somewhere in the 1970s with the characters [including the dog] barely ageing a year, although the concerns and interests of the teenage characters do develop and change over the decades as the world does. The Club members have adventures in beautiful parts of England; Rye, Shropshire and Dartmoor, taking in flying saucers, Roman temples, a female crime mastermind and many other tales.

Richmal Compton
Outdoor fun and vintage bad behaviour with the ageless William Brown and his Outlaws, who first appeared just after World War One in Just William and were still causing mayhem well into the sixties. William and his gang have a hideout in the woods, play tricks, get into terrible trouble and cause endless and often extremely funny annoyance to their parents, long-suffering siblings and the hapless parade of grotesque characters that passes daily through their village. Excellent opportunities for the reader-aloud to ‘do all the voices…’ Check out Martin Jarvis’s recordings for a superb example of just how to do it.

Arthur Ransome
It all begins with Swallows and Amazons where two families meet and sail, camp and hold mock battles together on a lake [inspired by Lake Windermere] one summer. Storytelling is itself a strong element within his many books; sometimes it’s difficult to tell if the characters really are experiencing what’s happening or if they’re taking part in live-action roleplay games of pirates and explorers together. Imagination and creativity abound, together with a lot about the countryside, history, animals and birds, and of course, sailing.

Alan Garner
In The Weirdstone of Brisingamen and The Moon of Gomrath, an ordinary brother and sister are off to stay with relatives at the eerie Alderley Edge. There they encounter a link between this world and another, and must join forces with heroes from that world, where dangers from Norse and British mythology are leaking into ours. Scary and spellbinding, Garner’s themes of other worlds just beyond this one continue in Elidor and The Owl Service, perhaps for older children, and also well worth a look.

Tove Jansson
This author’s work translated by Thomas Warburton, Elizabeth Portch and Kingsley Hart is a series of absolutely charming Scandinavian fairytales. The adventures of trolls and hemulens, moomins and fillyjonks in a deep and mysterious forest on the edge of the ocean begin with Finn Family Moomintroll. There is sometimes a frightening element; a comet, a flood, the freezing Groke monster, but always the themes of family and friendship. A Tolkien for the tiny.

Speaking Well In Public offers a portfolio of public speaking courses for business, performance and social occasions designed and developed by Philippa Hammond, combining her skills and techniques as an award-winning trainer, working actor and voice artist. Philippa is a member of Equity and the Chartered Institute of Personnel and Development.
View all posts by Philippa Hammond »
« Edinburgh Festival Fringe Made Simple [Guest Post]
Review: Recommended Reads from a Century of Children’s Literature Pt II »