Posted by Everything Express ⋅ Sep 3, 2013 ⋅ 2 Comments
Filed Under  news, technology 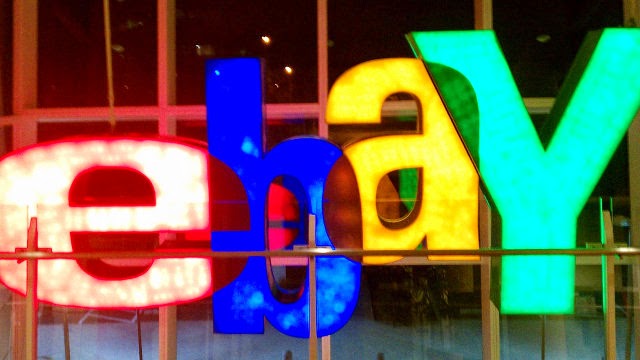 Originally from Educare’s Random Subjects Made Simple No. 65 – Celebrating eBay’s 18th birthday and being one of the few to make it so far, Monday, September 2nd, 2013

Today marks eighteen years since the founding of eBay, the online auction and shopping website head-quartered in California. Founded in 1995, eBay is a notable success of the ‘dot-com bubble’, and will mark their coming of age with total assets exceeding US$ 40 billion.

The dot-com bubble covered 1997-2000 and saw a rapid rise of investment in internet-based companies. The period was marked by dot-coms experiencing spectacular growth (and, in many cases, spectacular failure), and resulted in companies seeing their stock prices explode by simply adding an ‘e-’ (online) prefix to their name or a ‘.com’ to the end.

Auctions on the ‘world’s on-line marketplace’ rocketed from 250,000 in late 1996 to over 2 million during the first month of 1997. In 2003, this number stood at 7 million, and by 2013 had risen to 112.3 million. eBay’s founder, Pierre Omidyar, and his team were shrewd operators, avoiding the burst of the dot-com bubble by keeping overheads low and only taking profit from the commission on sales.

Amazon have experienced similar success since their founding in 1994. The largest on-line retailer in the word started as an on-line book store, and eventually added films, music, computer gaming and other electronic goods to its offerings. Amazon’s business plan focused more on brand recognition and less on financial income, causing them to not make a profit until late-2001. Today, total assets have reached US$ 33 billion.

eBay and Amazon are both notable winners of the dot-com bubble, but the period was also marked by some incredible flops. Boo.com was founded as an on-line fashion store (similar to Asos.com today) and spent US$ 188 million of investment on technology, advertising and marketing campaigns in just six months. However, their website relied heavily on JavaScript and Flash, which was agonizingly slow to load on pre-broadband dial-up connections. The shop went bankrupt in May 2000.

Could we be headed into another dot-com bubble? Maybe, but this time around it will more of an app-bubble, with dozens of mobile apps being purchased for millions (and even billions) of pounds. Facebook recently bought the photo-sharing and editing application Instagram for US$ 1 billion, but must rely mainly on advertisement to claw back the pennies on their investment. Fad or not, apps are certainly getting investors excited. But whether they’ll follow the route of their dot-com predecessors remains to be seen.