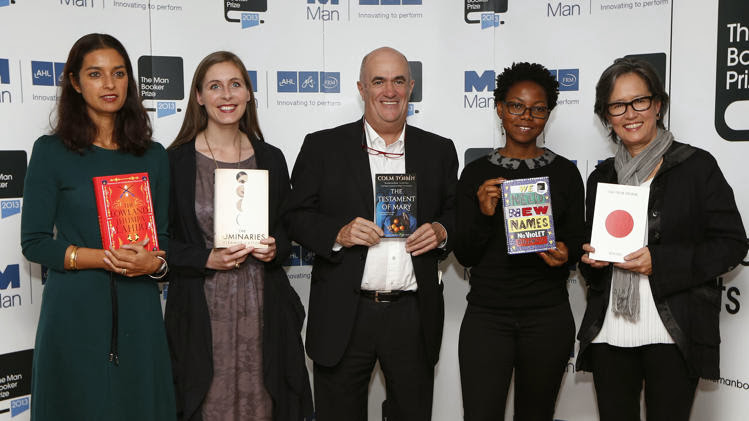 Originally from Educare’s Random Subjects Made Simple No. 68 – Fiction at its finest. Why the Man Booker prize rewards the best book of the year., Tuesday, Oct 15th 2013

The shortlist for this year’s Man Booker Prize for Fiction features six innovative writers whose books span the globe, from the ravishing landscapes of New Zealand to the Emerald Isle.

Originally titled the Booker-McConnell Prize, the Man Booker Prize is an annual literary award presented to the best novel, written in the English language, by a resident in the UK, Commonwealth, or the Republic of Ireland. It was founded in 1967 with the primary objective of ‘promoting the finest in fiction’, which is still a fundamental value that underpins the award today. The winner is often assured international renown and success.
To ensure the continued excellence of the award, judges are selected from various disciplines – they include critics, poets, academics and actors all connected by their passion for fiction. The Man Booker prize money was initially set at £21,000, which was subsequently increased to £50,000 in 2002 under the sponsorship of the Man Group, making it one of the world’s richest literary prizes.

The prize is never awarded without a controversy. In 1980, author Anthony Burgess branded the prize “a silly little award” and refused to attend the ceremony unless he knew in advanced that he would win. 1983 sparked further squabble when novelist Salman Rushdie proved to be a bitter loser, telling administrator Martyn Goff to “go away” (and that’s putting it lightly).

The Man Booker Prize has continued to deliver annual scandals that grasp media attention and create widespread controversy. To date the award has become a media circus centred on arguments and backbiting of authors, publishers and judges. Scottish author A. L. Kennedy (who was a judge in 1996) called the prize “a pile of crooked nonsense” with the winner decided by “who knows who, who’s sleeping with who, who’s selling drugs to who, who’s married to who, whose turn it is”.

It was announced last month that future years will expand eligibility by considering authors from anywhere in the world, as long as the novel is written in English and published in the UK. This may however prove to be a minor controversy when weighed up with previous years.

This year’s winner is announced this evening at London’s Guildhall. Jim Crace’s book, Harvest, is odds-on to the take the prize.

Related: News: The Mercury Prize is Back [Guest Post]