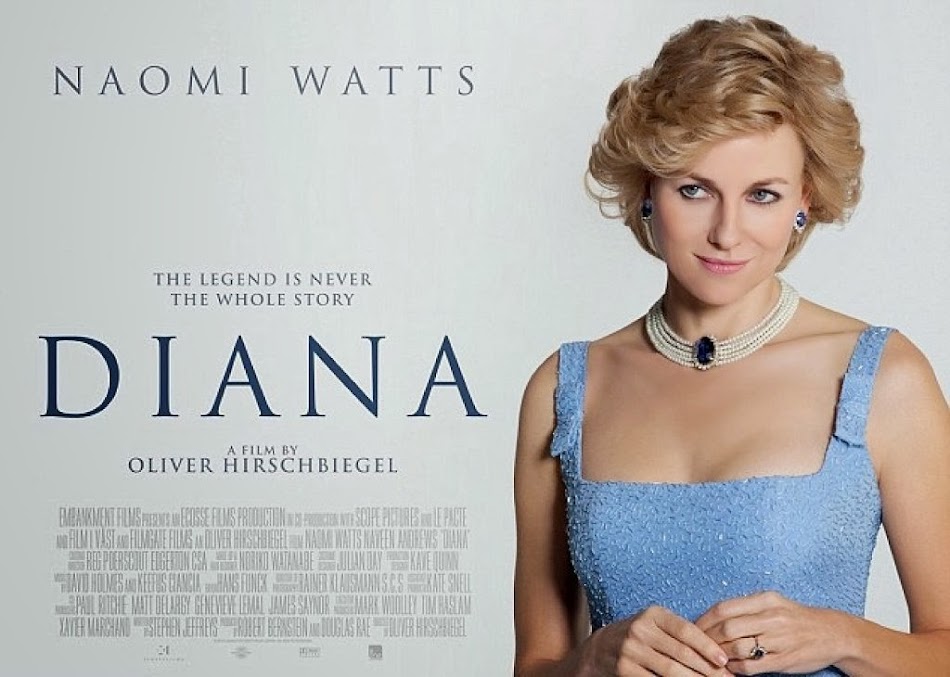 As a syrupy ‘prequel’ to The Queen, Princess Diana’s alleged love of her life is retold in an embarrassing TV-movie aberration that would fit right into the Hallmark Entertainment stable. Just one question Naomi – you’re an Oscar winner, why this?

Being kind, Oliver Hirschbiegel’s (Downfall) well-intentioned, reverential and sentimental biopic is an excruciating, drawn out gossip-magazine fantasy of tabloid dialogue. Perhaps the switch to saint Diana from sinner Hitler and a change of language got the better of this project?

Apparently Naomi Watts ‘couldn’t say no’ to the role; why not? Surely she read the script first?

Still doing the rounds in the cheaper community cinemas, I was talked into seeing this one. It begins and ends with the Paris car-crash in 1997, all mystery and subterfuge – Dodi Fayed was merely a tabloid decoy according to this – and a lurid episode to book-end the story. Unfortunately this is as good as it gets, since most-famous-woman-in-the-world Diana’s alleged affair with Pakistani heart-surgeon, Dr Hasnat Khan (Naveen Andrews from Lost), lacks any kind of drama.

Adapted from Kate Snell’s book Diana: Her Last Love, published in 2000, Stephen Jeffreys’ script invents all the private moments without shining any light on her character. The affair is a slightly wacky collection of awkward dates, playing the fish-out-of-water gag on both sides. Yes, it ticks all the famous episodes – the land mine walk and the Bashir interview, yet by the end all we get is an over-privileged Bridget Jones. As performed by French and Saunders.

Andrews gets a dismally written role that leaves him looking mostly dazed and puzzled, perhaps appropriate given Khan can’t reconcile his family and his career with being Diana’s arm-candy in front of the paparazzi. No matter how much he tries to be the Everyman, be worthy, play jazz, give the Princess a hint of normal life, he looks like Peter Sellars in The Hieress, but without the jokes.

The humour comes, unintentionally, from the script, a dire collection of undeliverable lines culled from soap-land, with lots of exposition as characters tell each other things they already know.

The central problem is that Watts doesn’t look anything like Diana and no amount of sidelong, doe-eyed glances to camera and oversized wigs can get past that. When she goes in disguise in a black wig, she looks like Liz Hurley and you wonder if Liz couldn’t have done better with this herself.

Watt’s performance is oddly vacant and charmless, and despite hinting at a moody and irrational side, Diana is written as a bland goody-two-shoes, who, even after going a bit mad, only comes across as a silly schoolgirl.

Far from being a fitting memorial, it’s both frivolous and upsetting. SC