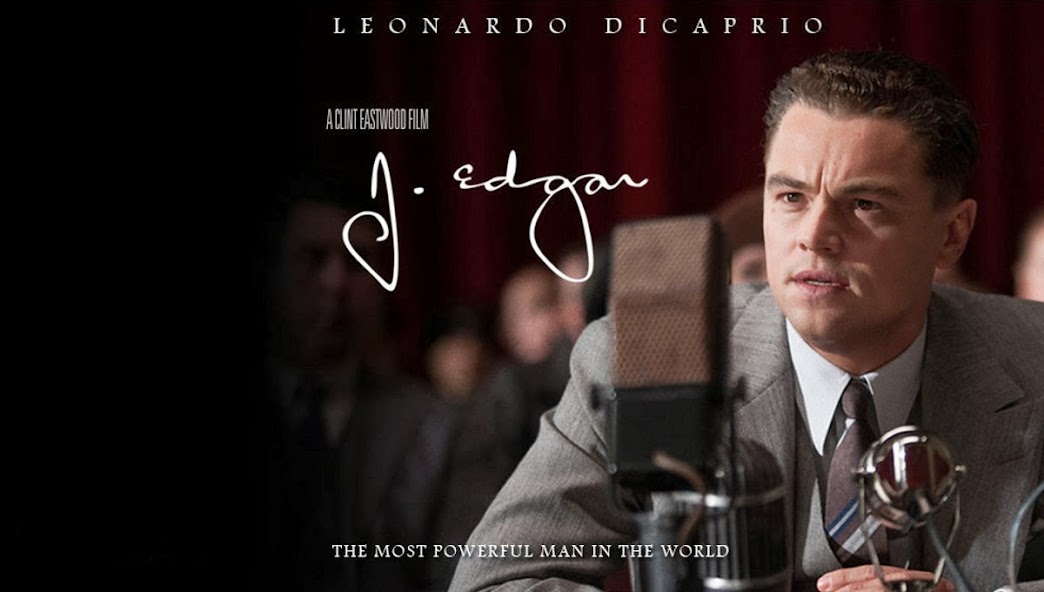 Veteran director Clint Eastwood’s earnest biopic of FBI boss J. Edgar Hoover chooses to gloss over the corruption, illegality and blackmail in favour of a pitiful and unfulfilled gay love story, underpinned by a romantic score.

Leonardo DiCaprio (The Aviator, Body of Lies) produces yet another remarkable performance, both as the driven young Hoover and the prosthetics-laden bitter old man. The trouble is, neither he nor Eastwood can help themselves but make one of the twentieth century’s most vilified men into a hopeless romantic lead. Tip-toeing around Hoover’s homosexuality, cross-dressing and ego-mania, we’re asked to excuse his paranoia and lies as merely brilliant Walter Mitty delusions all in the name of patriotism.

How they think they can white-wash Hoover’s illegal detentions, deportations and wire-taps in the current debate over constitutional rights with that delicate piano love theme is beyond me. Sorry gentlemen, it won’t wash.

The movie bookends the beginning and end of Hoover’s career, switching dizzily between the 1920’s and ’30’s, then 60’s and ’70’s; from the very establishment of the FBI as Hoover’s own private fiefdom separate from the Justice Dept., through various cases of home-grown terrorism, the bank robbers of the Depression era, and the Lindbergh baby case. Yes, Hoover laid the foundations of forensic investigation, but also the modern surveillance state. He also abused his power to the extent of serial blackmail of eight US Presidents in one way or another.

All of which the movie acknowledges, whilst tugging at our heart-strings with that bloody tinkly piano.

Hats off to DiCaprio for taking on another unsympathetic basket case of a role after The Aviator, and for doing the actor’s job of portraying a real human being instead of a Hollywood caricature. He captures Hoover’s voice and mannerisms (from newsreels and Senate recordings) perfectly. It’s another transformative role not just through the rubber old-age face; we actually lose the pretty young DiCaprio completely beneath Hoover’s monstrous ego.

In any other movie, his attempt to make the character sympathetic would be laudable; his demented father, his domineering mother (a great cameo by Judy Dench – Skyfall), his ambition, his homosexuality, and his unfulfilled relationship with his deputy, Clyde Tolson (Armie Hammer, The Lone Ranger). Here, however, Hoover’s PR spin (outright fiction and lies) to prop up his all-too brittle ego, render his dictated memoirs, and thereby the entire narrative, unreliable.

It is difficult to forget just how horrific were Hoover’s abuses of power over fifty years, yet Eastwood chooses to put Hoover on his balcony overlooking more than one presidential parade, the forgotten, lonely patriot watching the passing of the Emperors.

The movie ends with the life-long relationships with Tolson and personal secretary Helen Gandy, an underused Naomi Watts (Diana) in brilliant form, without ever explaining their loyalty to a man who was always a monster. All accompanied by that bleeding-heart piano. No, Mr. Eastwood, J. Edgar is no romance. RC

Robin Catling gained degrees in both arts and technology which led to a diverse portfolio of employment. A freelance systems analyst, project manager and business change manager for the likes of American Express, British Airways and IBM, he moved on to web design, journalism and technical authoring. He has also worked in film and television, both behind and in front of the camera, including productions by Steven Spielberg, Martin Scorcese, Ron Howard and Ridley Scott. A qualified three-weapon coach, he runs West Devon Swords teaching sports fencing to all age groups, and in recent years qualified with the British Federation of Historical Swordplay to teach medieval and renaissance combat in the Historical Western Martial Arts.
View all posts by Robin Catling »
« News 22 Nov 2013
How-to: Top Public Speaking Tips »