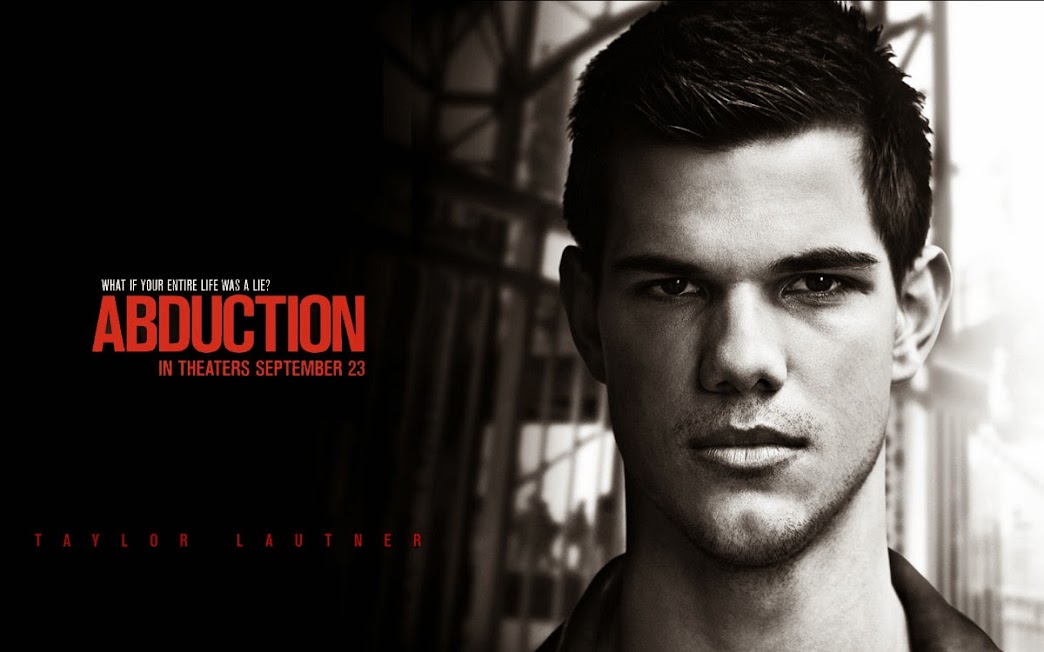 Pretty boy Taylor Lautner, friendly Native American werewolf from Twilight, takes his shirt off, does a bit of parkour, runs about a lot but doesn’t look half as confused as the audience through all the espionage guff going on around him.

Considering he discovers himself on a child abduction list, his foster parents (Maria Bello and Harry Potter‘s Jason Isaacs) are executed by hired guns, his girlfriend’s (Lily Collins) house is blown up (don’t you hate it when that happens) and he’s chased by various FBI agents and Serbian gangsters including Dragon Tattoo‘s Michael Nyqvist, you would think his face might crack under the emotional strain. But no, with all the emotional depth of a puddle, Lautner’s face is more like a motion-capture, CGI version of himself stuck on freeze frame whilst everything else whizzes around him.

He’s meant to have rage issues and PTSD worth seeing a shrink (Sigourney Weaver – Paul) and still can’t manage a frown. Even when she reveals she’s with the CIA under Agent Frank Burton (another shifty performance from Alfred Molina An Education). Still nothing. With all the running, jumping and sliding about, the only thing I can think of is an overdose of botox.

The ‘plot’ is a lazy hotchpotch of every amnesia-chase-espionage action movie ever made; car chases, train chases, shootouts, snipers – you name it. It’s an uneasy stew of Renny Harlin’s daft The Long Kiss Goodnight and Rodriguez’s Spy Kids (note, I’ve been told to tell you Arthur Penn’s 80s movie Target with Matt Dillon and Gene Hackman is much better). All the way through, Lautner has the luck of the Irish and beats up grown operatives. Weaver and Molina struggle to breathe any life into this old tosh.

The worst of it is this is firmly a teenagers’ movie, yet the violence is relentless and way over the top. What it needed was Lautner to get abducted about five minutes in and save us all the trouble. SC

Sue Corsten is a film and TV make-up artist based in the UK.
View all posts by Sue Corsten »
« Full Circle Magazine issue 80 is released into the Wild
Review: The Hobbit – The Desolation of Smaug (2013) »