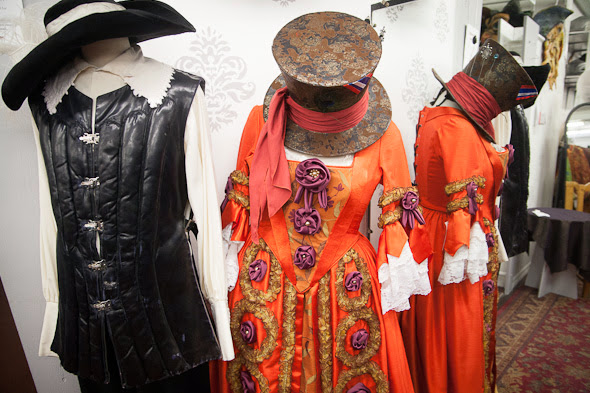 “If you’re not paying for it, you’re not the consumer, you’re the product.” – Anonymous.

So, on Saturday, I attended an event called Surviving Actors, an expo stacked full of ‘opportunities’ for the aspiring/ struggling/ stalled actor…

There’s a legitimate need for all these things, and it’s handy to have them all in one place. You could argue that companies that sell courses play on actors’ insecurities to make their money – that it’s easy to blame your continuing lack of success on a lack of skills, or on just not being good enough, so you invest in their course to feel better and more confident. Doubtless, that’s how some of the marketing works, and there’s nothing wrong with that per se; in my opinion, it’s far better to address your own insecurities by attending a course in an acting method that works for you, or in a new skill, than it is to simply stew in your own fears and self-doubt – that way lies a self-destructive spiral.

It’s the other things that trouble me, such as the showreel services. As I understand it, a showreel is a small highlights clip of work for which you have successfully auditioned, which shows off your abilities to good effect, and which demonstrates that someone out there has taken a chance on you. It’s not just a demonstration of your abilities: it’s a stamp of approval from people in the industry. Surely, therefore, a showreel for which you have paid (usually an exorbitant sum of money) demonstrates merely that you have deep pockets.

Then there are the people promising you a US working visa, trips to Hollywood, the chance to audition for casting directors of shows like Homeland, Breaking Bad, etc., but only if you sign up to their organisation, all of which will cost you literally thousands – at the end of which is no guarantee that you’ll get anything more than a busman’s holiday and a series of polite but firm rejections.

All this before we get to the people selling marketing packages, mentoring programmes, and the like. The basic tools actors need in this day and age are:

Optional extras include a Twitter handle, a FB professional page, and other social media b*****ks. This is what we need. We all know that this is what we need. The only thing stopping us from getting it all is our own lethargy or Luddism. So why would you want someone to empty out your pockets in order to put it all together for you, ESPECIALLY as less of your personality will come through to a potential employer looking through their identikit guff than something that you have thoughtfully put together yourself that best reflects your personality?

“Ah (I have decided to hear you cry), but what if I don’t really know about website design, and social media management, and all that?” To which I reply, “You’ve got Google, haven’t you?” Look up actors’ websites – anyone with decent SEO management will be fairly easy to find. In doing that, you’ll see some that you like, and some that you don’t like. Thus fore-armed, you can put together a lot of the material you need for a website, and then all you need to pay for is someone who’ll help you put the skeleton together, and the hosting. OR you can just find an online website generator like WordPress, and spend an instructive afternoon or two wrangling your own (like mine, which a web-savvy friend and I put together in two afternoons).

And this is my real issue: there are SO MANY people at these events marketing stuff that you don’t need, and all of them use a hard sell to make you feel that your career is doomed to failure unless you buy their formula for success – “Get our showreel!”, “Buy our full marketing package!”, “Meet Hollywood casting directors!”, “Learn to be a presenter!”, “Study NLP and you’ll psyche your way through auditions!”, and so on. The trouble is that these are garnishes sold as main courses: it’s such a dicey career, full of uncertainty, and dead patches, and self-doubt, that we actors can come to crave solutions and guarantees: some talisman or secret formula that’ll make us successful. And they just don’t exist. Success comes of hard work, tenacity and professionalism, and, occasionally, a giant dose of luck. You can’t just buy it off the shelf.

I’m not even going to start on the stall promoting a bogus health supplement pyramid scheme.

The only thing I saw actually set up to benefit actors in the whole place was an organisation called MAD Trust, which is a charity set up to promote AIDS awareness amongst the acting community, and to raise money for a hardship fund for actors with severe illnesses. They are, of course, after your money too. But at least they’re putting it to good use.

Actors are, by and large, s*****d for income. It’s hard, therefore, to be in a room full of people all trying to make you poorer, whether you’ll benefit from the exchange or not. After ten minutes, I felt like a chicken that had unwittingly strolled into a foxes’ den. EF